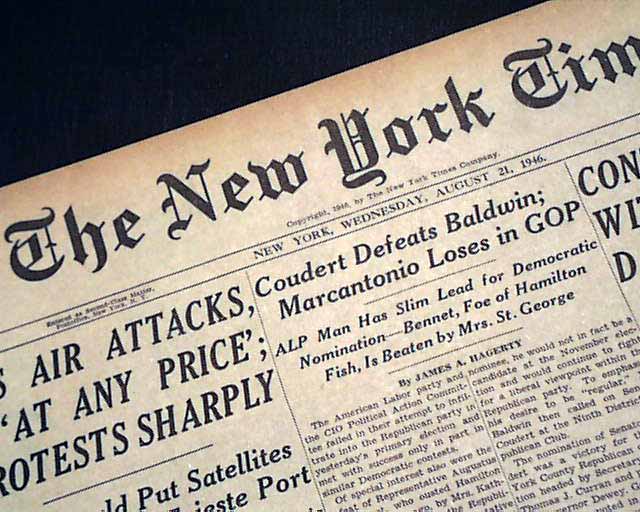 This 48 page newspaper has a small one column headline on page 30: "Feller's Speed Measured At 98.6 Miles Per Hour"

Nationalpastime.com notes: Prior to the start of the game against the Senators in Washington, using the U.S. Army's Sky Screen Chronograph, Bob Feller's fastball is clocked at 98.6 miles-per-hour breaking Yankees' hurler Atley Donald's 1939 speed record of 94.7 mph.