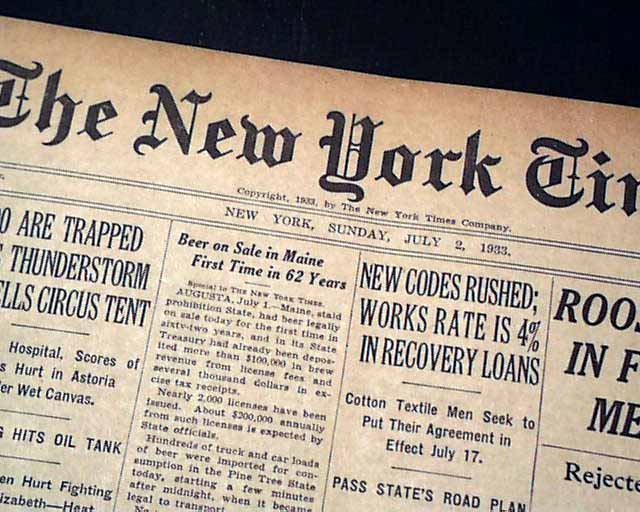 This 50+ page newspaper has one column headlines on the front page that include: "FACTOR KIDNAPPED; HELD FOR $100,000" "'Jake the Barber' IS Seized in Car After Leaving Chicago Roadhouse Party" "WIFE SEES GANG'S ACTION" and more. (see)

Tells of the famous fake kidnapping of John 'Jake the Barber' Factor during Chicago's gangster era in which Roger Touhy was framed.

Other news of the day throughout. Light browning with minor spine wear, otherwise good.