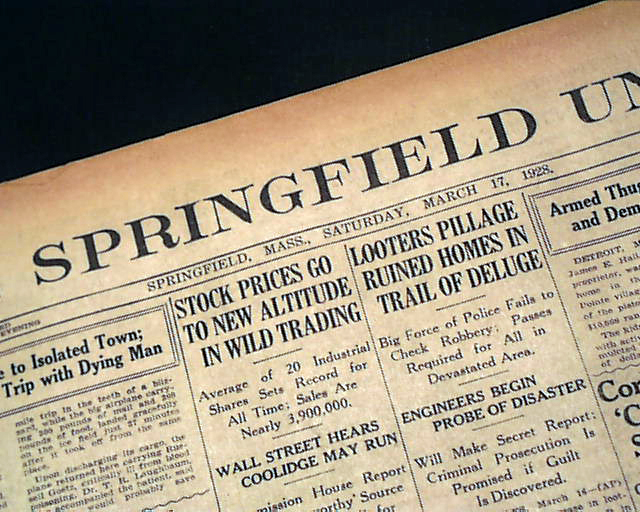 This 26 page has one column headlines on the front page that include:
"LOOTERS PILLAGE RUINED HOMES IN TRAIL OF DELUGE" "Big Force of Police Fails to Check Robbery; Passes Required for All in Devastated Area" and more. (see) 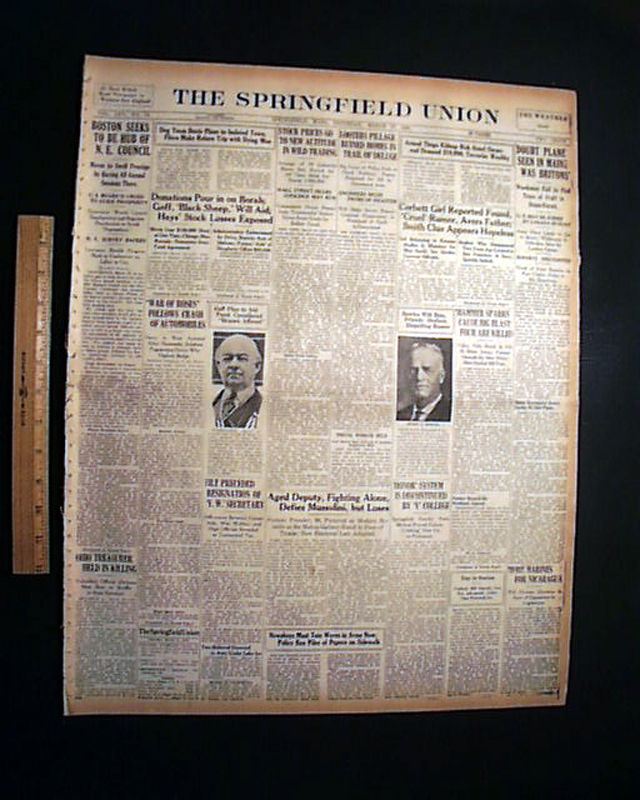 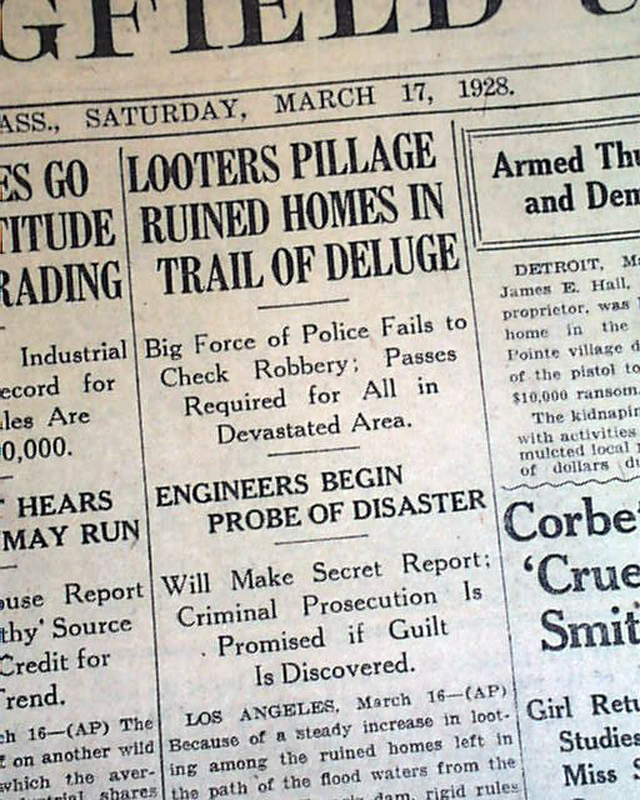 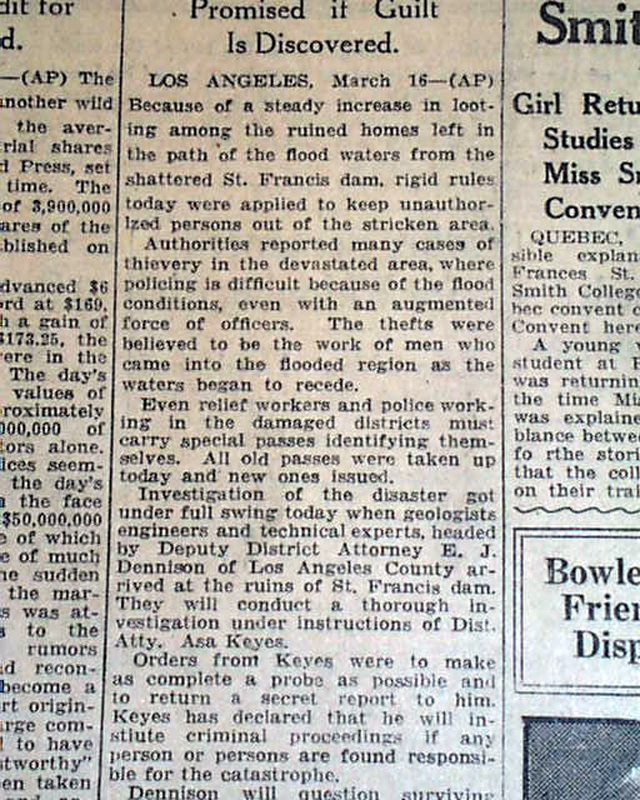 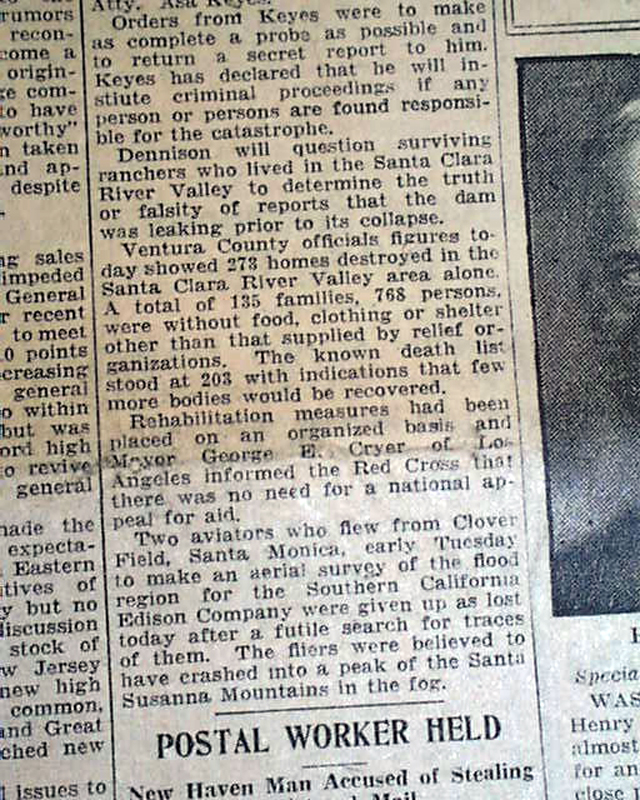