Home > Sacco and Vanzetti Executed in 1927...
Click image to enlarge 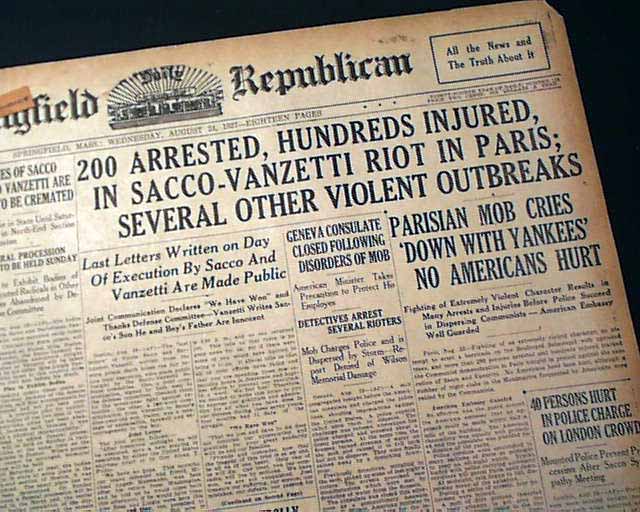 This 18 page newspaper has various headlines on the front page that include: "BODIES OF SACCO AND VANZETTI ARE TO BE CREMATED" "FUNERAL PROCESSION TO BE HELD SUNDAY" "200 ARRESTED, HUNDREDS INJURED, IN SACCO-VANZETTI RIOT IN PARIS; SEVERAL OTHER VIOLENT OUTBREAKS" and more. (see)

Other news of the day. Usual browning with little margin wear, otherwise good.
wikipedia notes: Nicola Sacco and Bartolomeo Vanzetti were two Italian-born American anarchists, who were arrested, tried, and executed via electrocution in the American state of Massachusetts. There is much controversy regarding their guilt, stirred in part by Upton Sinclair's 1928 novel Boston. Critics of the trial have accused the prosecution and trial judge of allowing anti-Italianism, anti-immigrant, and anti-anarchist sentiment to influence the jury's verdict. 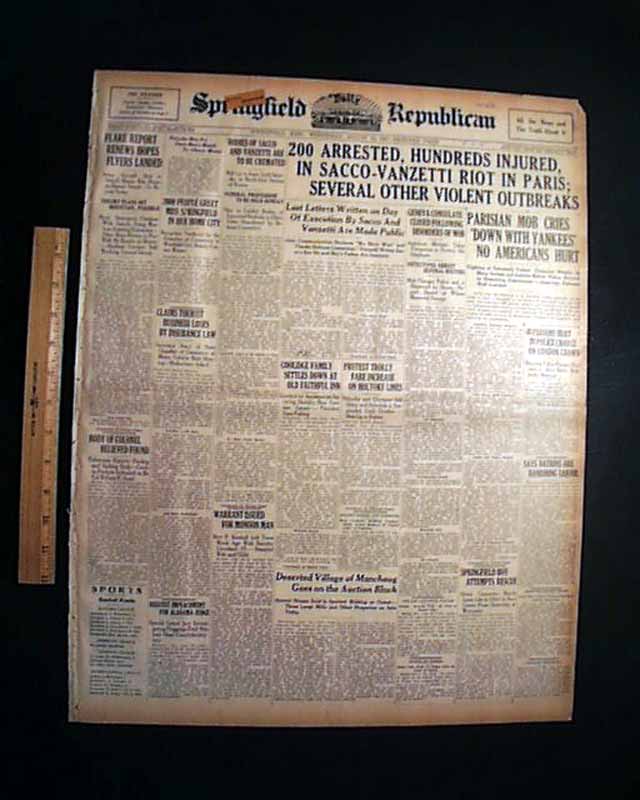 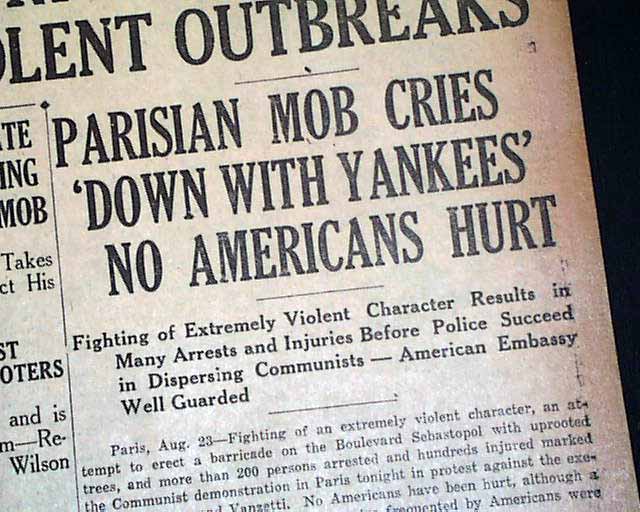 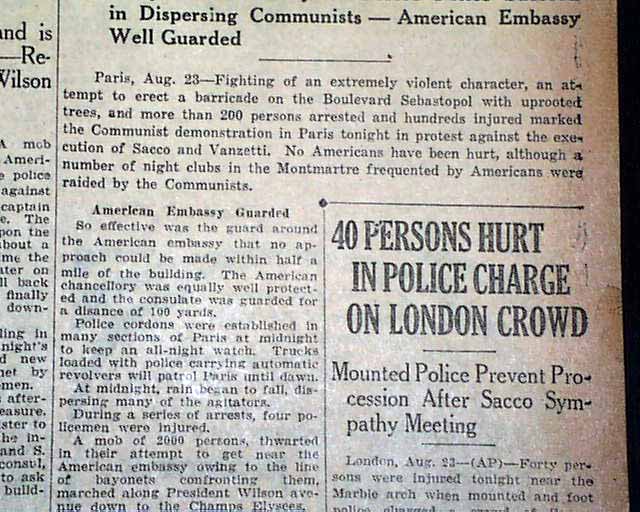 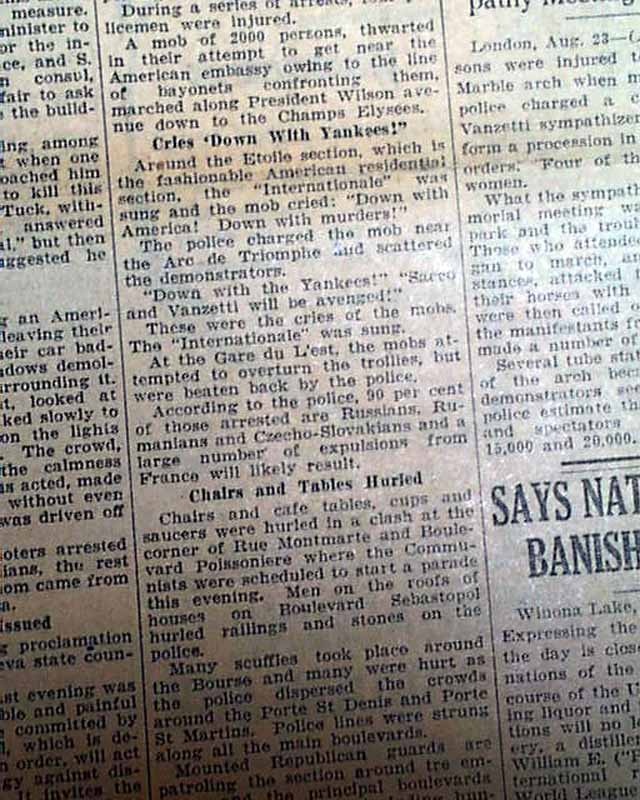 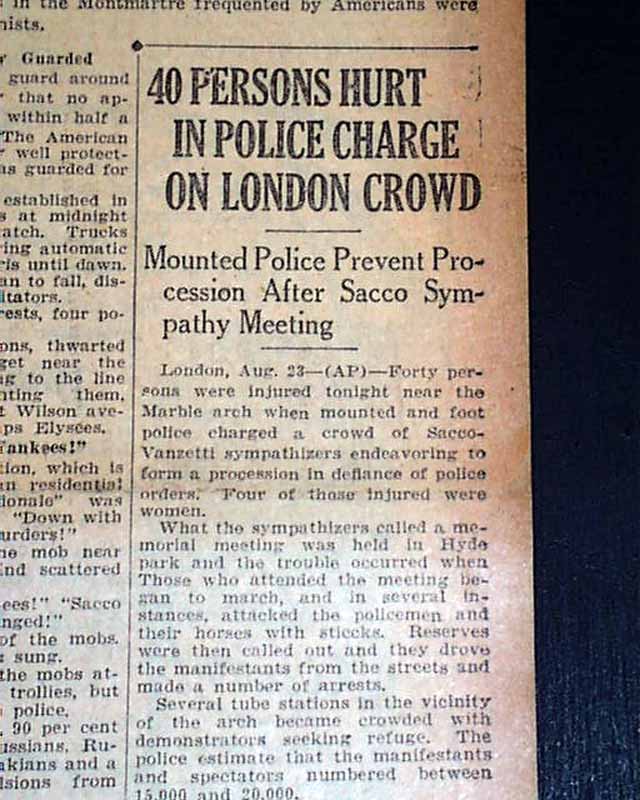 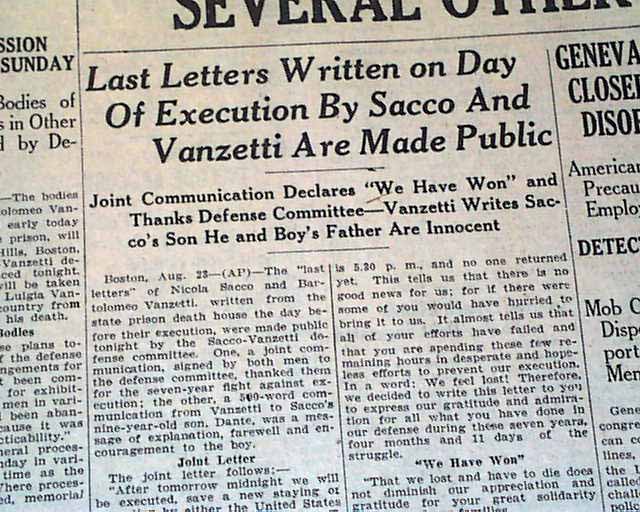 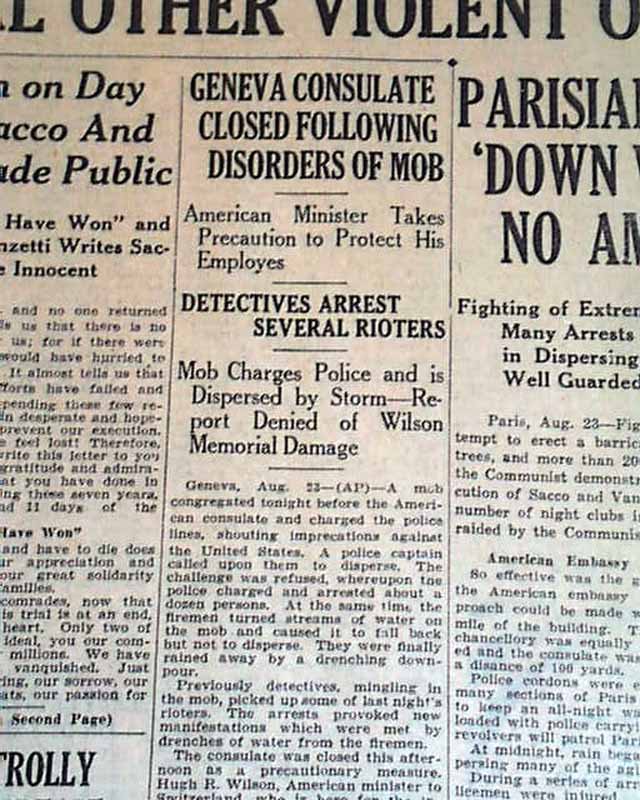