Home > Back to Search Results > The hunting of John Dillinger...
Click image to enlarge 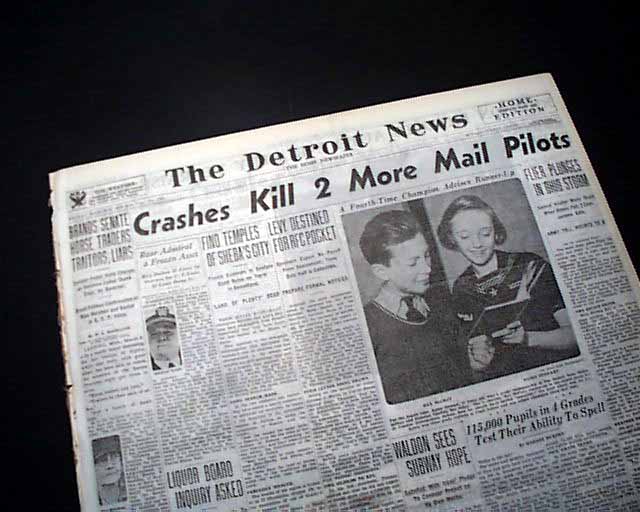 The hunting of John Dillinger...

This 48 page newspaper has one column headlines on page 2: "GAS ATTENDANT SEES DILLINGER" and "Outlaw Roams About Chicago Heavily Armed as Police Hunt in Vain". This tells of the hunt for John Dillinger who just recently made his famous break out from Crown Point, Indiana jail with an alleged wooden gun.