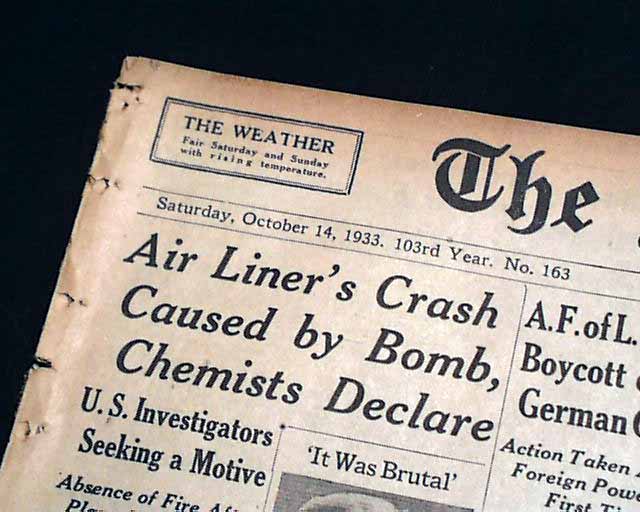 Tells of the acquirement of Alcatraz Island by the U.S. Dept. of Justice.

wikipedia notes: The United States Disciplinary Barracks on Alcatraz was acquired by the United States Department of Justice on October 13, 1933, and the island became a Federal Bureau of Prisons federal prison in August 1934. During the 29 years it was in use, the jail held such notable criminals as Al Capone, Robert Franklin Stroud (the Birdman of Alcatraz), George "Machine Gun" Kelly, James "Whitey" Bulger, Bumpy Johnson, Mickey Cohen, Arthur R. "Doc" Barker and Alvin Karpis (who served more time at Alcatraz than any other inmate). It also provided housing for the Bureau of Prison staff and their families.