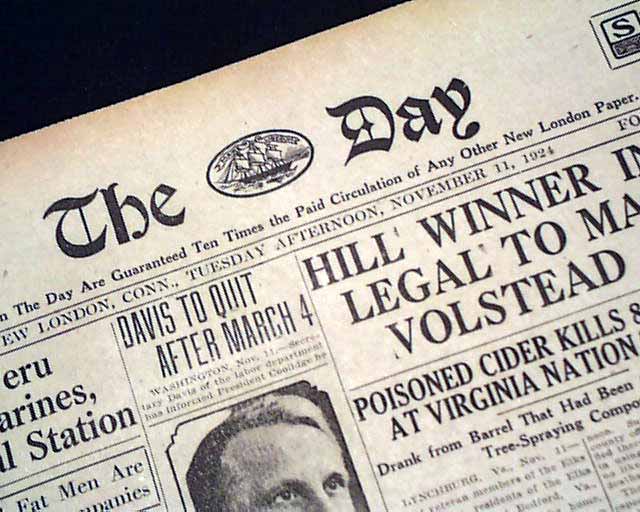 This 14 page newspaper has two column headlines on page 2: "NOTORIOUS CHICAGO GUNMAN KILLED BY RIVAL GANGSTERS" and "Dead Man, Dion O'Bannion, Believed to Be Responsible for at Least 25 Murders". Tells of the recent assassination of Chicago mob boss Dean O'Banion. This is early for Chicago mob news prior to Al Capone becoming a nationally known figure.

Other news of the day. Some tiny binding holes along the spine, minor margin wear, otherwise in good condition.