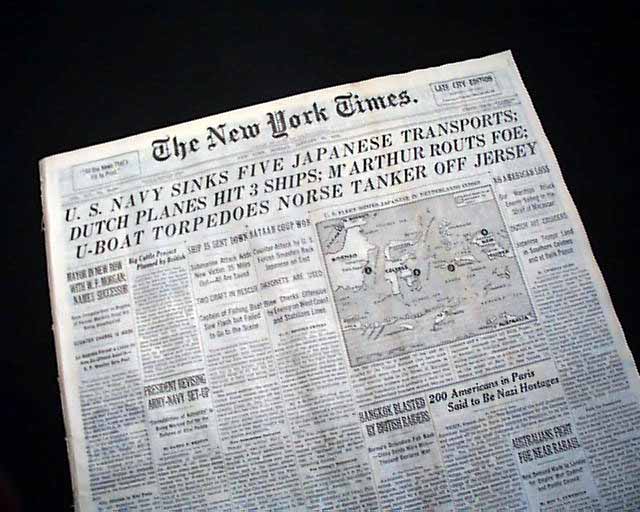 This 32 page newspaper has one column headlines on page 17: "NEGRO IS LYNCHED BY MISSOURI CROWD" and "Suspected of Attempting Attack on White Woman, He is Seized in Invasion of Jail".

Tells of the lynching of negro Cleo Wright in Sikeston, Missouri.

Other news of the day throughout including much on World War II.