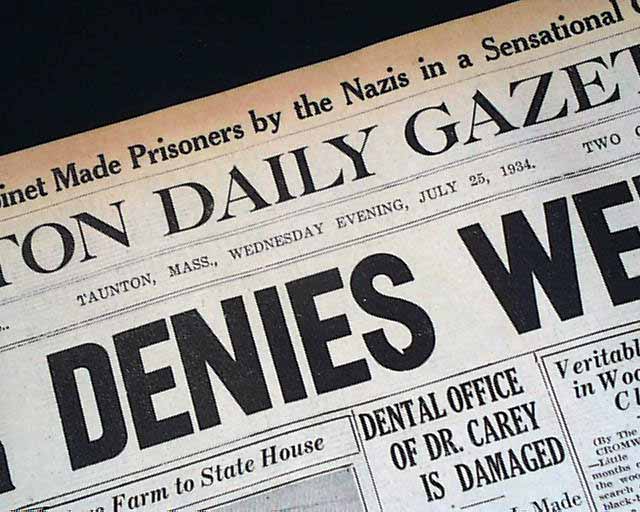 This 10 page newspaper has one column headlines on the front page: "SAID SHE KNEW DILLINGER AS 'LAWRENCE'" "Girl in Red Gives Details of Night of Shooting"

Other news of the day. Light browning and little margin wear and tear, otherwise in good condition.

wikipedia notes: Ana CumpÄnaÅ or Anna Sage, nicknamed Woman in Red (1889 – April 25, 1947), was an Austro-Hungarian-born Romanian prostitute and brothel owner in the American cities of Chicago and Gary. She is best-known for assisting the Federal Bureau of Investigation in tracking down gangster John Dillinger.