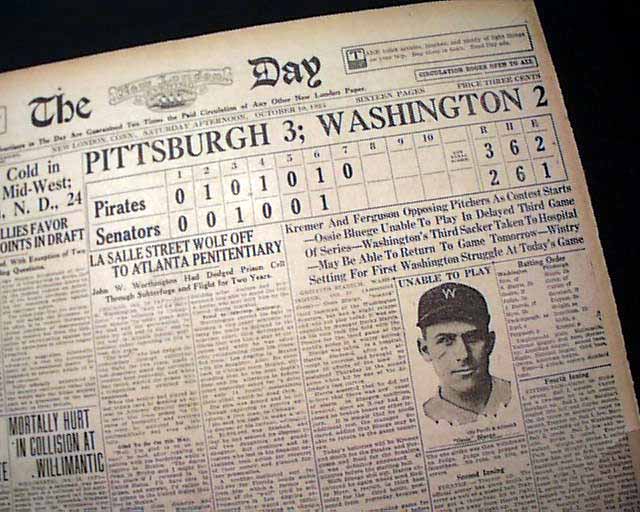 This 16 page newspaper has a five column headline on the front page: "PITTSBURGH 3; WASHINGTON 2" with subhead, lineup and a few players photos. Also inning by inning reporting also on the front page. Nice scoreboard graph as well. (see)

More inside. Other news of the day.

Light browning with a few small binding holes along the spine, otherwise in good condition..