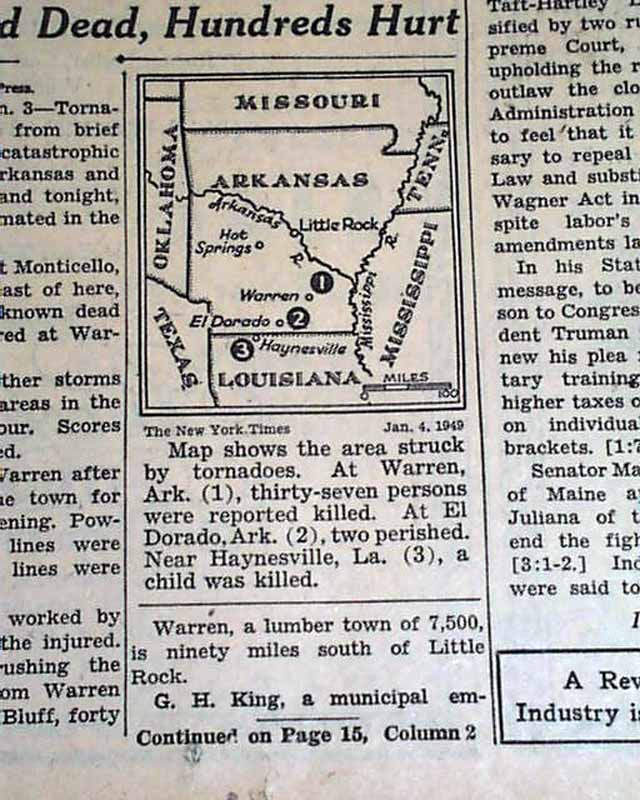 This tells of the tornado outbreak of January 3rd that devastated the Mid-south, especially the city of Warren Arkansas. Related map as well.

Other news of the day throughout. Minor margin wear, otherwise in nice condition.