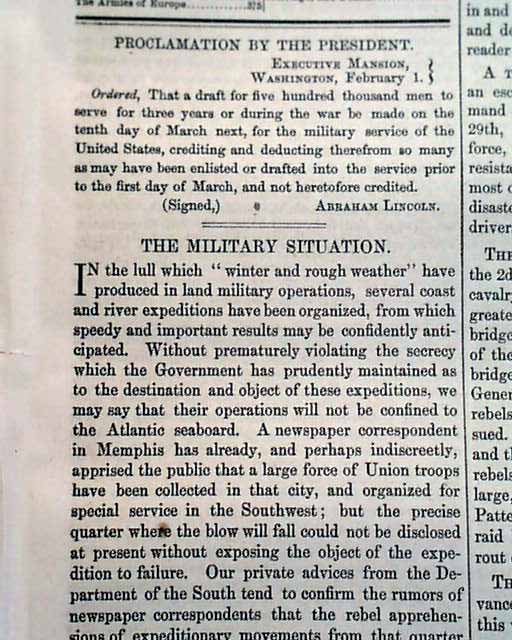 As noted in the masthead this was the: "Gazette of The Regular & Volunteer Forces" and as such is replete with military news of all sorts.
The front page has: "Proclamation by the President" for a draft of 500,000 men, signed in type: Abraham Lincoln (see). Also on the front page: "The Military Situation" and "The New Call for Troops".
Other items in this issue include: "The Affair at Legareville, S.CV." "A Plan of Harbor Defence" "General Pope's Campaign in Virginia" "Comparative Strength of the North and South" and much more.
Sixteen pages, 10 by 14 1/2 inches, very nice condition.