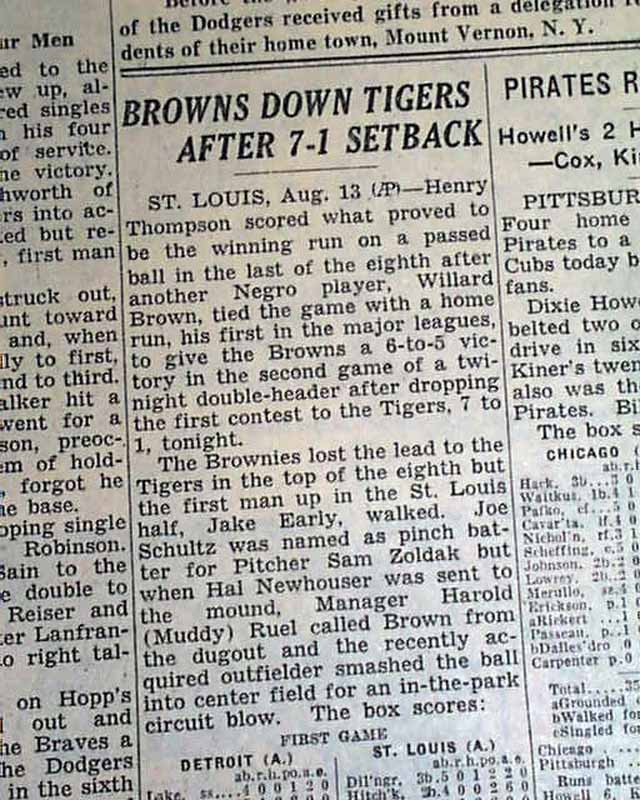 Tells of negro player Willard Brown becoming the first black player to hit a home run in the American League. Nice to have in this famous NYC title.