Home > Back to Search Results > First attempt to fly across the English Channel... Baseball at night...
Click image to enlarge 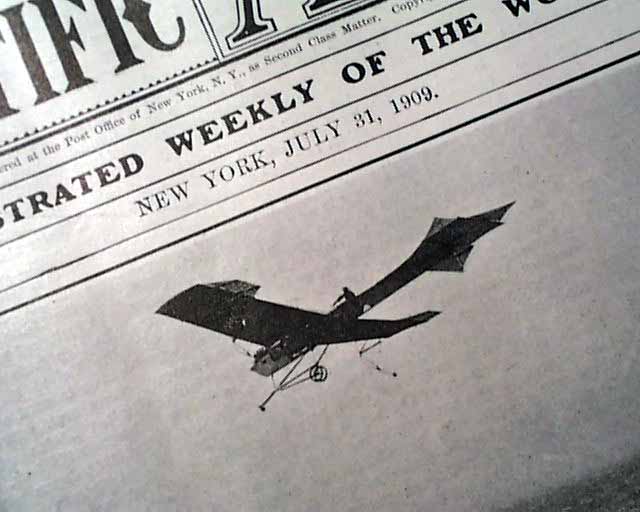 First attempt to fly across the English Channel... Baseball at night...

The front page has two half page photos: "The First Attempt to Fly Across The English Channel." The top photo shows Hubert Latham in flight above the English Channel, & the other Latham taking off from the cliff at Sangatte, France (see).

There is a report inside about Latham's failed attempt to cross the Channel, plus two more photos.

Another page has a report headed: "Baseball At Night" describing the successful experiment using lights to illuminate the "Cincinnati National League Baseball Park". Mentions that George F. Cahill, the inventor of the lamps used to light the field, also invented an "ingenious" pitching machine "...which has been used with much success." Includes a photo of one of the "powerful projectors", and a view of the field under the lights (see photos).