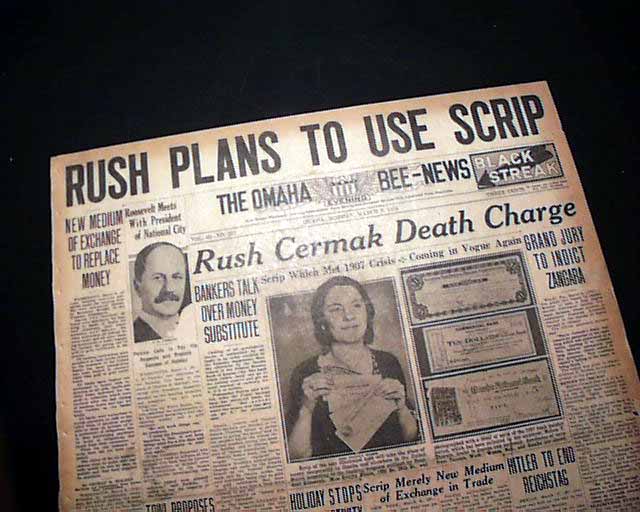 
THE OMAHA BEE-NEWS, Omaha, Nebraska, March 6, 1933  This 12 page newspaper has a nice banner headline on the front page above the masthead: "RUSH PLANS TO USE SCRIP" with subheads. (see)

Other news of the day. Light browning with some margin wear and chipping.