Home > Back to Search Results > Babe Ruth near death...
Click image to enlarge 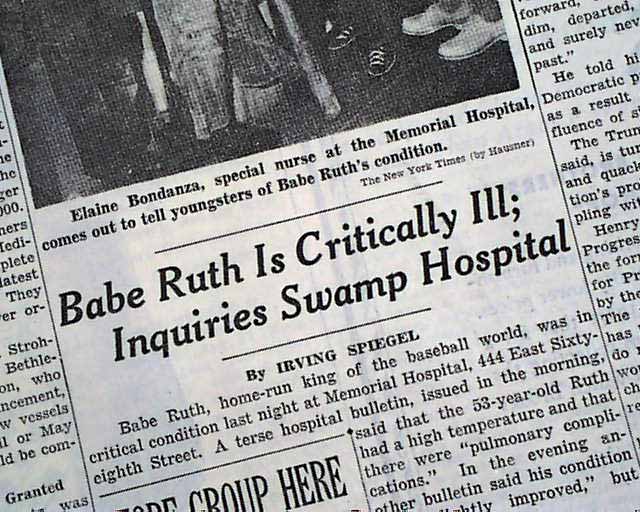 This 44 page newspaper has a two line, two column headline on the front page: "Babe Ruth Is Critically Ill; Inquiries Swamp Hospital" with photo showing youngsters gathering outside the hospital with caption: "Getting Latest Report On Their Idol"

He would die a few days later. Other news of the day throughout.