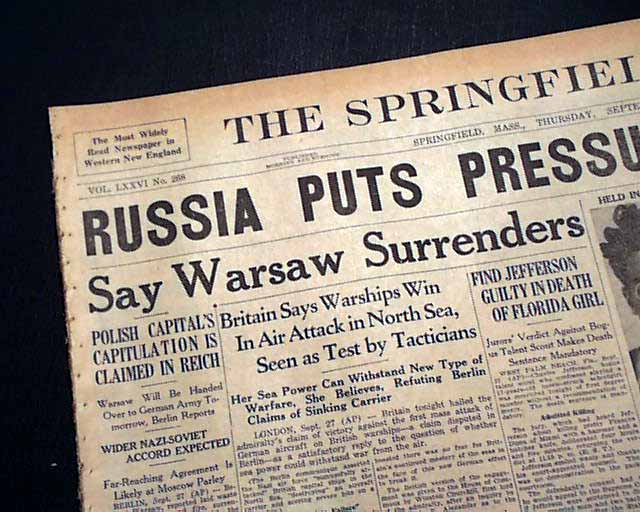 This 24 page newspaper has a four column headline on the front page: "Say Warsaw Surrenders" with subheads that include: "POLISH CAPITAL'S CAPITULATION IS CLAIMED IN REICH" and more. (see)

Other news of the day with more on the early stages of World War II. 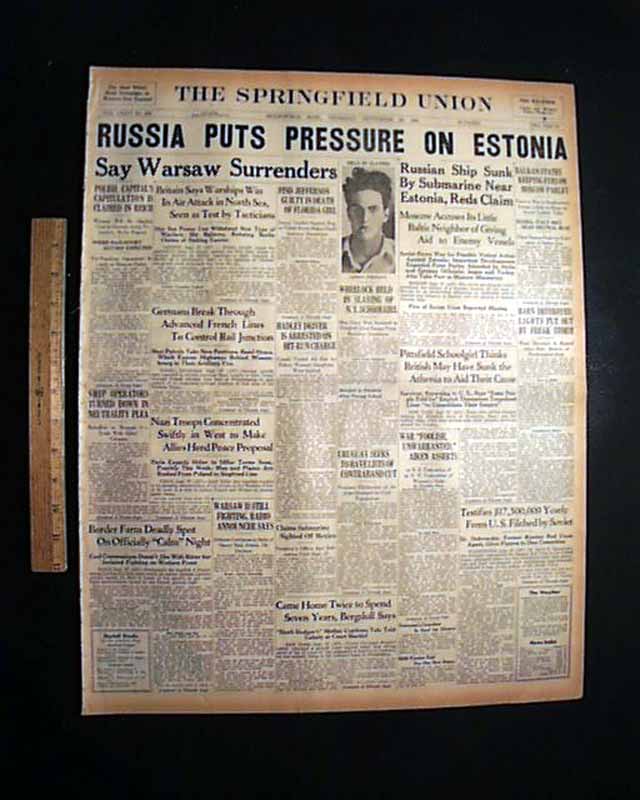 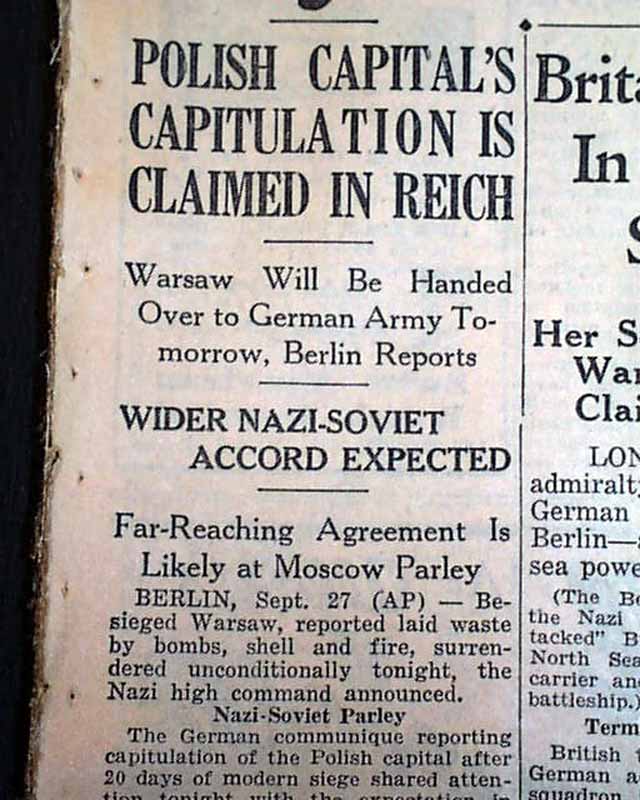 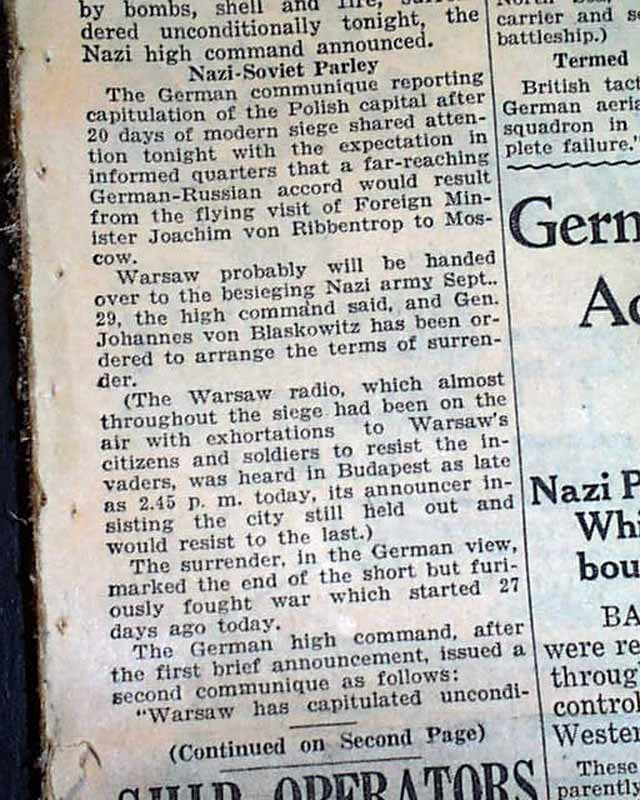 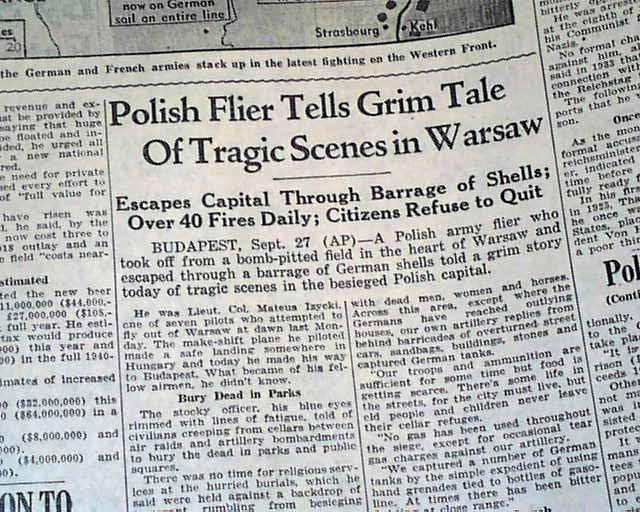 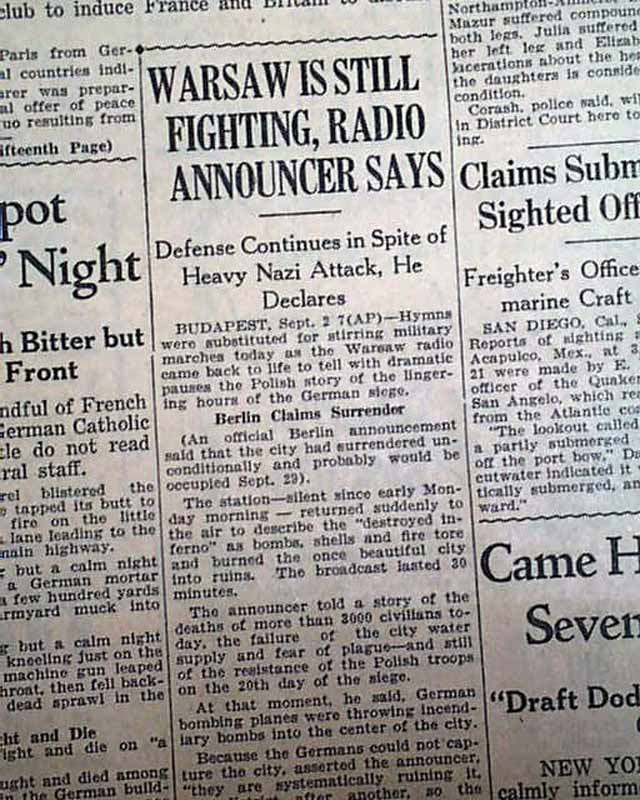