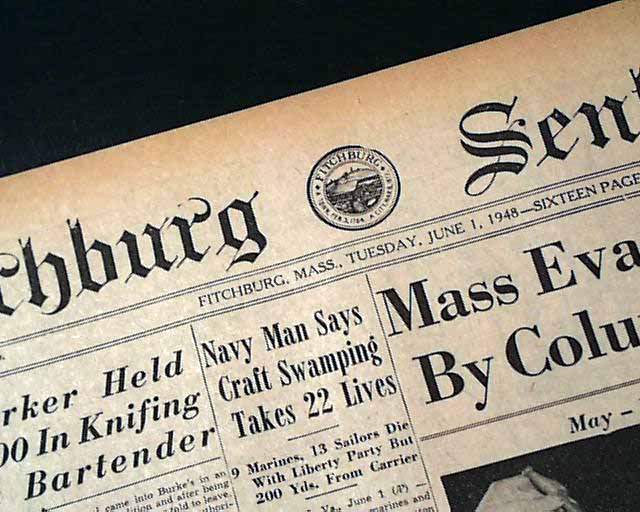 This 16 page newspaper has one column headlines on the front page that include: "Jewish Planes Bomb Amman; Arabs Arouse" and more. (see)