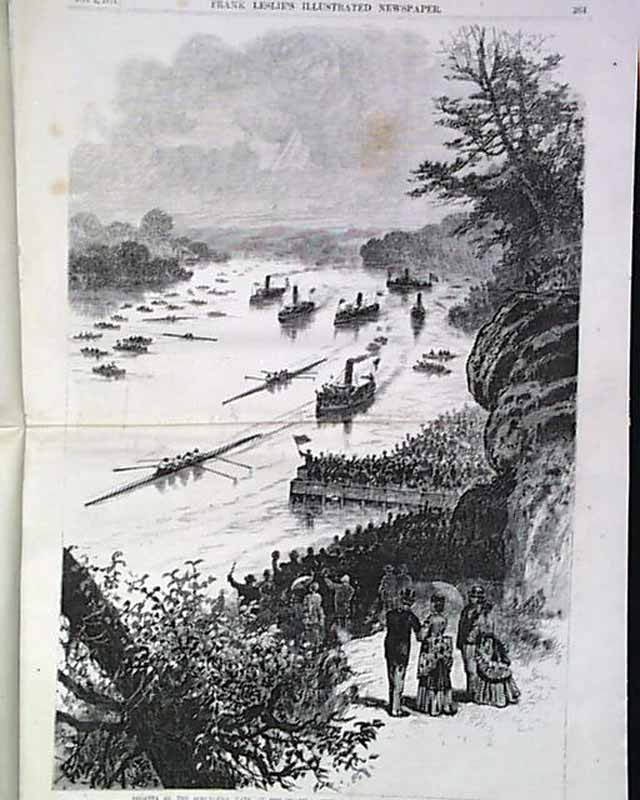 Regatta on the Schuykill River, Philadelphia...


LESLIE'S ILLUSTRATED, New York, July 4, 1874 The issue contains several key prints:  nearly a full ftpg: "Target Practice at West Point--Firing At Night Time", a fullpg. inside: "Regatta Of the Schuylkill Navy at Philadelphia", and two fullpg. prints of the United States Hotel in Saratoga.  Also present is a nice print of a game of quoits.

This issue is complete, has some foxing and staining (as shown), but most prints are good.