Home > Back to Search Results > Most home runs in MLB game...
Click image to enlarge 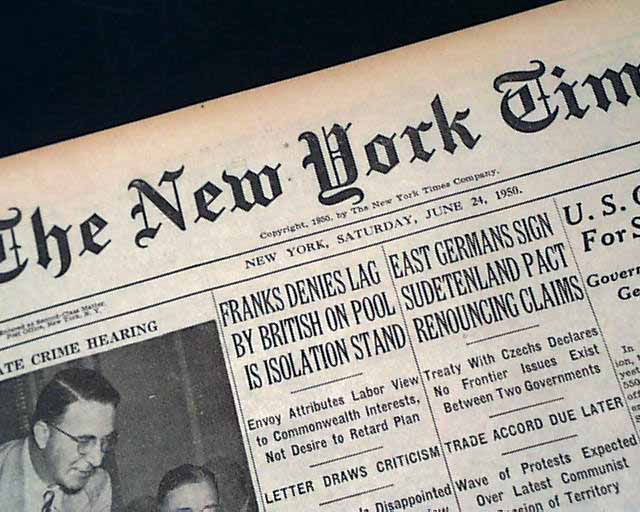 Most home runs in MLB game...

Tells of the game between the Detroit Tigers and the New York Yankees in which 11 home runs were hit setting a new MLB baseball record for most in a single game by both teams. This record wouldn't be broken until 1995 when again the Tigers along with the Chicago White Sox would finally break the mark.

Nice to have in this famous NYC title. Other news of the day throughout. Light browning, otherwise in good condition.