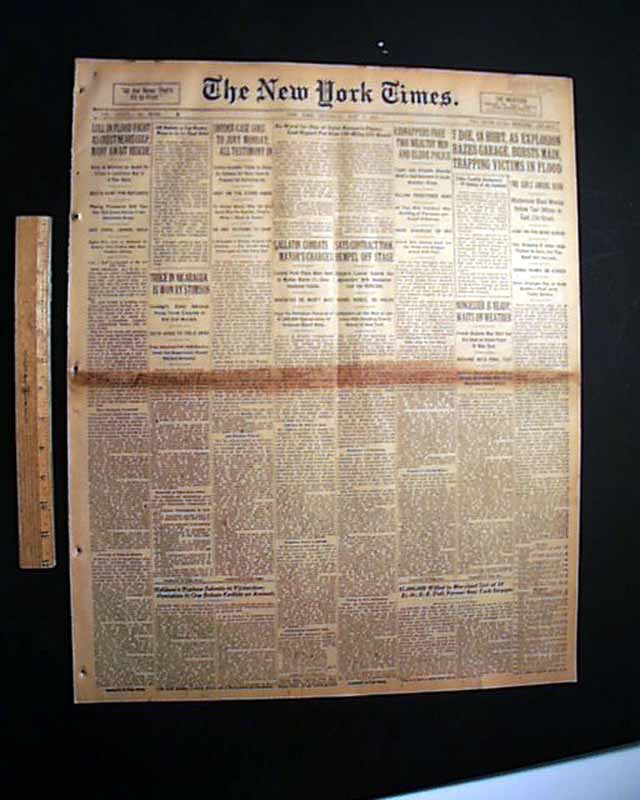 This 32 page newspaper has one column headlines on the front page that include: "NUNGESSER IS READY; WAITS ON WEATHER" "French Airplane May Start Out Any Hour on Ocean Flight to New York" "MACHINE GETS FINAL TEST" and more. (see) He would take off on this day. Other news of the day.

source: wikipedia: Nungesser and his navigator François Coli disappeared on 8 May 1927 after they took off from Paris for New York in their aircraft L'Oiseau Blanc (The White Bird), a Levasseur P.L.8 biplane painted with Nungesser's old WWI insignia. Despite an international search, no trace of the men or their airplane was ever found. Two weeks later, American aviator Charles Lindbergh, flying solo, successfully crossed from New York to Paris and was given an immense hero's welcome by the French, even as they mourned for the loss of Nungesser and Coli. During Lindbergh's triumphal tour, he called on Madame Laure Nungesser, Charles Nungesser's mother, and graciously said that her son's goal had been more difficult than his. Like everyone else Lindbergh believed that if anyone could have crossed the Atlantic, it would have been Nungesser.