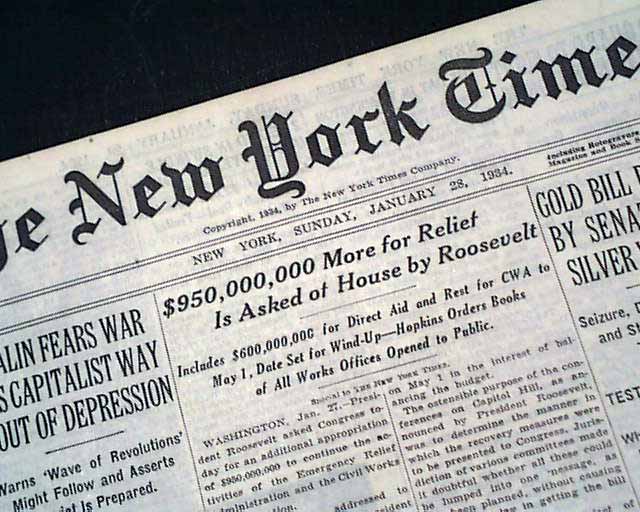 This 64 page newspaper has one column headlines on page 27 that include: "WIRES TO DILLINGER SPUR $150,000 HUNT" "Tucson Police Seek Cache After Outlaw Chief Gets Code Messages From Chicago" "Arizona and Indiana Governors Speed Plans for Extradition of Bandits" and more. See photos for text.