Home > Back to Search Results > Plane and Boat named after Ernie Pyle...
Click image to enlarge 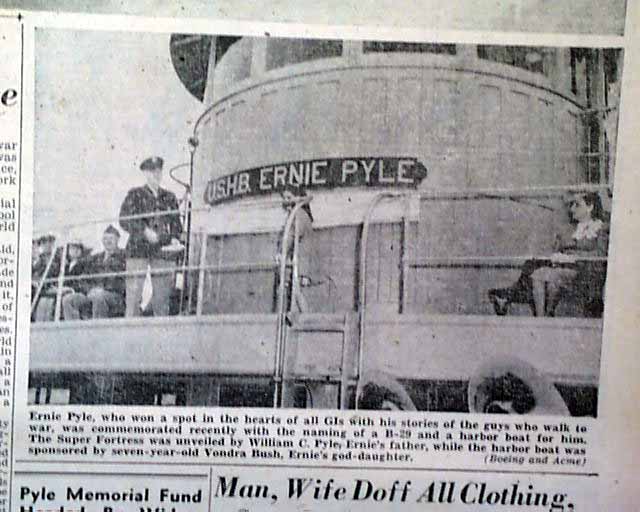 Page 5 reports "Plane, Boat Carry Name Of Man Who Gave Doggie His Due" which are named after Ernie Pyle. Included are two photos (see images). The frontpage of the issue includes the articles "Himmler Measured For Pine Box; Hunt Still On For Von Ribbentrop" and "Smoke Blocks View of Tokyo's Damage".

Other interesting items throughout. Complete in 8 pages and in very good condition.