Home > Back to Search Results > Death of Ernie Pyle...
Click image to enlarge 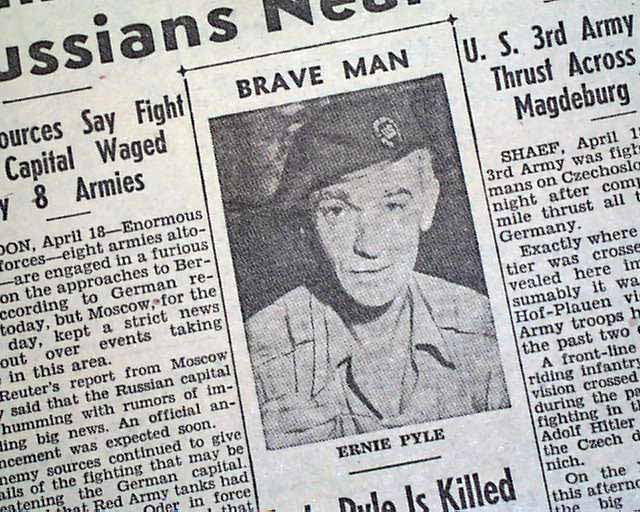 One can only imagine what the owner of this actual newspaper thought when reading this article for the first time involving one of their American heroes of that time. A great issue to hang framed on the wall of any military or journalist enthusiast.
The front page has a two column headline: "Ernie Pyle Is Killed By Japanese Bullet", with photo of Pyle (see images).  Extensive details are included as well, which continue on to an inside page.
Other military news within this 8 page issue. Minor spine wear, otherwise in nice condition. A great title to have this in.

Wikipedia notes: Ernest Taylor Pyle (August 3, 1900 – April 18, 1945) was an American journalist who wrote as a roving correspondent for the Scripps Howard newspaper chain from 1935 until his death in combat during World War II. He won the Pulitzer Prize in 1944. His articles, about the out-of-the-way places he visited and the people who lived there, were a folksy style much like a personal letter to a friend. He enjoyed a following in some 300 newspapers.
On April 18, 1945, Pyle died on Ie Shima, an island off Okinawa Honto, after being hit by Japanese machine-gun fire.[13] He was riding in a jeep with Lieutenant Colonel Joseph B. Coolidge (commanding officer of the 305th Infantry Regiment, 77th Infantry Division) and three other men. The road, which paralleled the beach two or three hundred yards inland, had been cleared of mines, and hundreds of vehicles had driven over it. As the vehicle reached a road junction, an enemy machine gun located on a coral ridge about a third of a mile away began firing at them. The men stopped their vehicle and jumped into a ditch. Pyle and Coolidge raised their heads to look around for the others; when they spotted them, Pyle smiled and asked Coolidge "Are you all right?" Those were his last words. The machine gun began shooting again, and Pyle was struck in the left temple (however, the Ernie Pyle State Historic Site in Dana, Indiana, contains a telegram from the Government to Pyle's father stating Pyle was killed by a sniper).The colonel called for a medic, but none were present. It made no difference—Pyle had been killed instantly.
He was buried with his helmet on, laid to rest in a long row of graves among other soldiers, with an infantry private on one side and a combat engineer on the other. At the ten-minute service, the Navy, Marine Corps, and Army were all represented.Pyle was later reburied at the Army cemetery on Okinawa, then moved to the National Memorial Cemetery of the Pacific located in Honolulu. When Okinawa was returned to Japanese control after the war, the Ernie Pyle monument was one of only three American memorials allowed to remain in place. Pyle was among the few American civilians killed during the war to be awarded the Purple Heart. 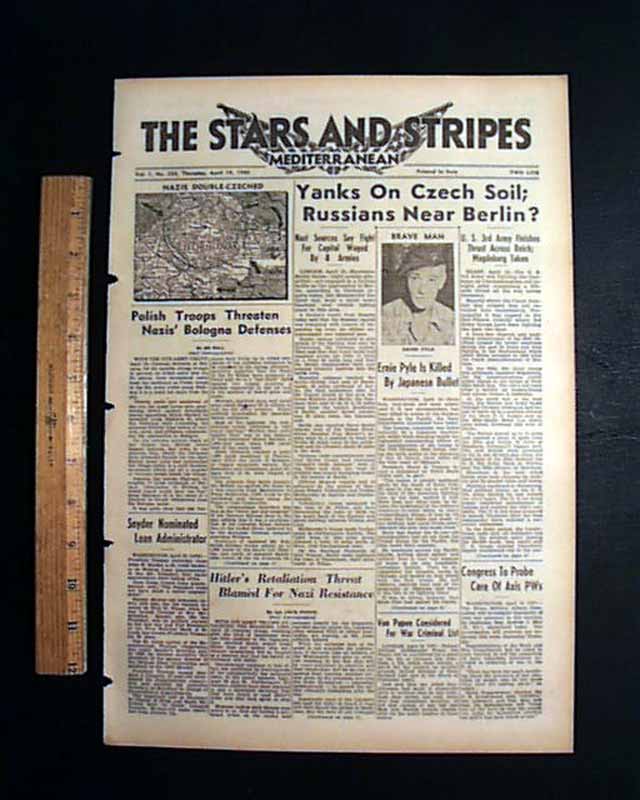 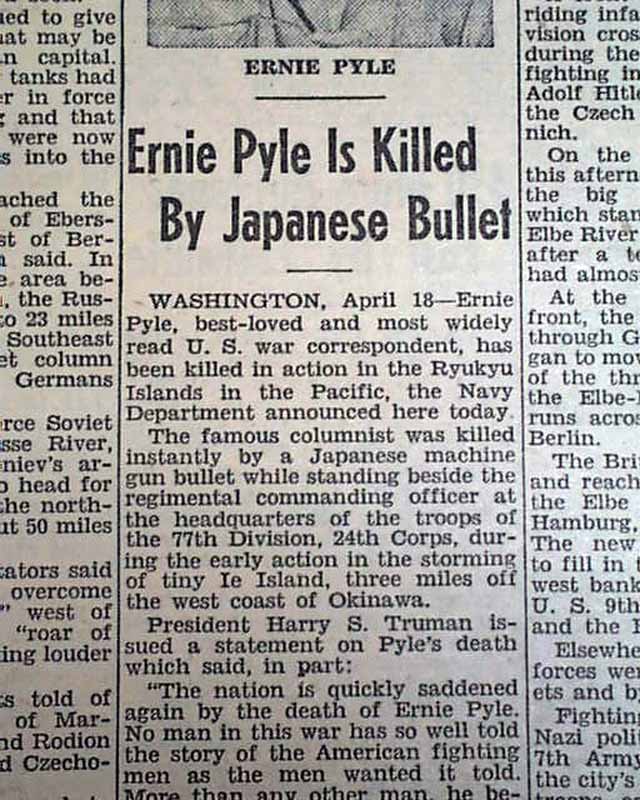 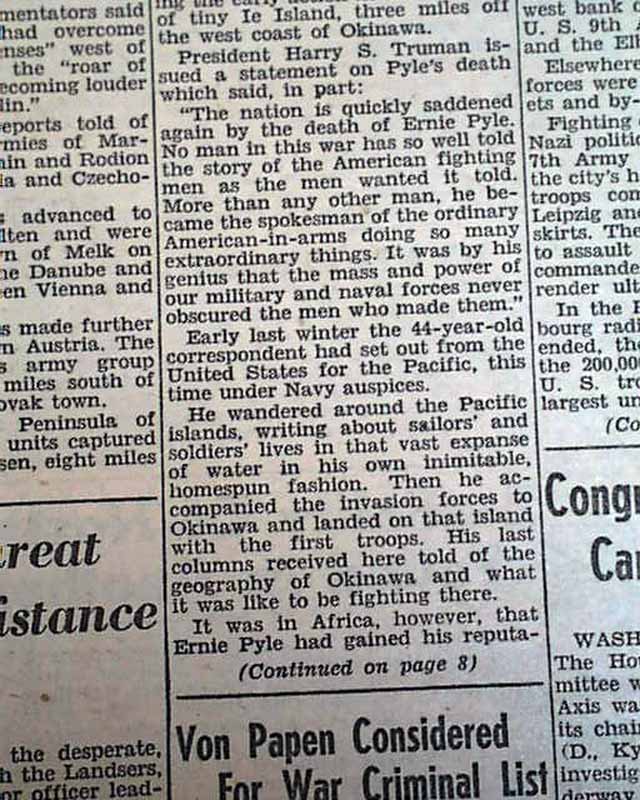 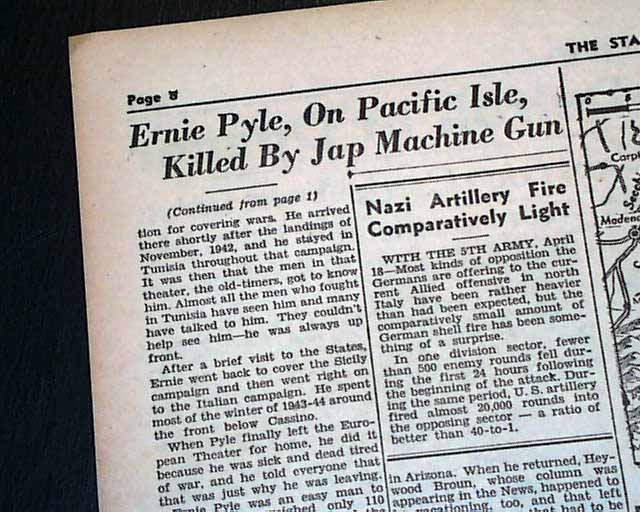 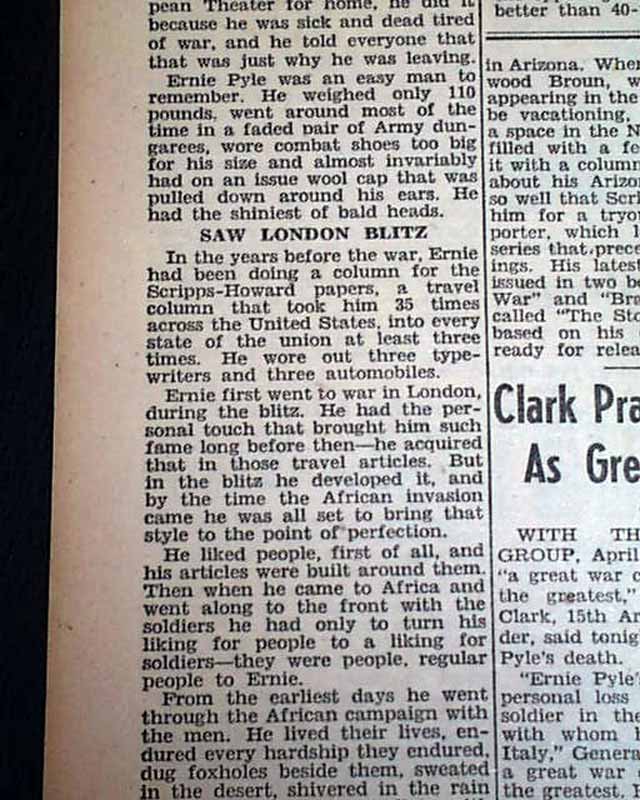 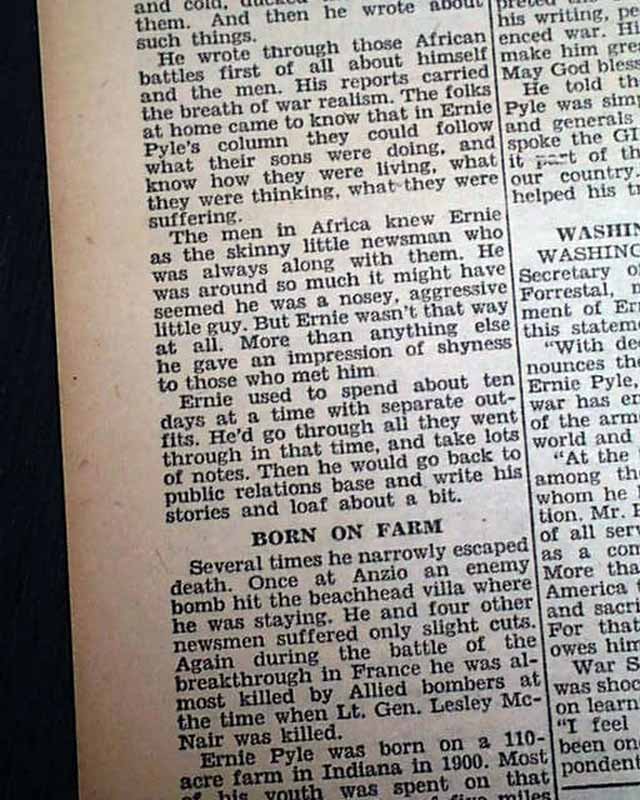 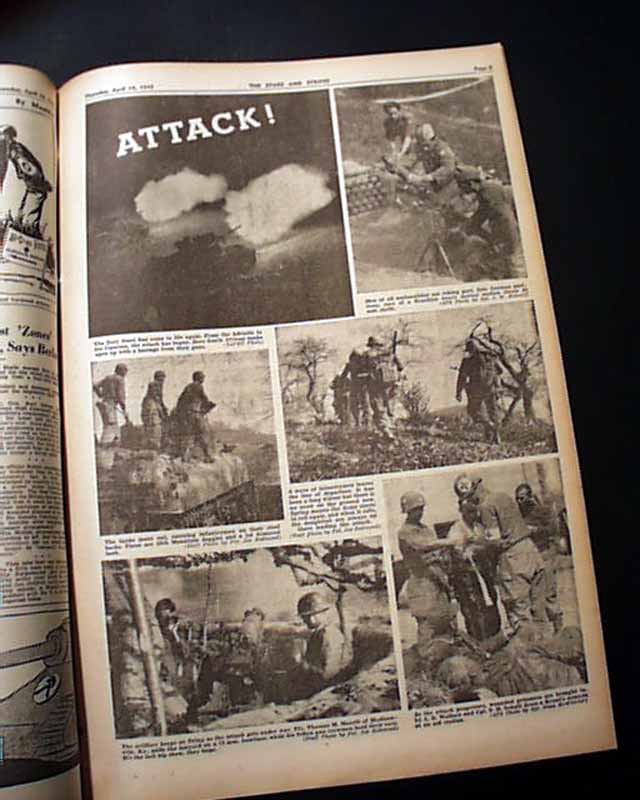