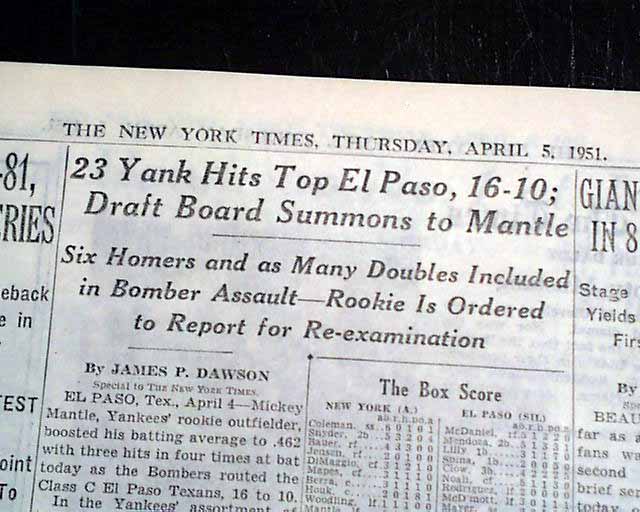 * Baseball says Mickey Mantle is the ..."greatest since Joe DiMaggio..."

The article begins: "Mickey Mantle, Yankees' rookie outfielder, boosted his batting average to .462 with three hits in four times at bat..." and a bit further on: "...Mantle, who gives every promise of developing into an outstanding baseball star, was ordered to report to his draft board next Wednesday..." and again a bit further on: "...Generally hailed as the greatest rookie to come along since Joe DiMaggio, Mantle has been idle the past three days because of injuries..." with more (see photos).

Not only a great and early report on the talent of Mickey Mantle, but terrific to have  this report in the New York Times.

Complete as a 60 page newspaper, this is the rag edition which was created specifically for libraries on very high quality newsprint. Great condition.