Home > Back to Search Results > The Jewish brigade...
Click image to enlarge 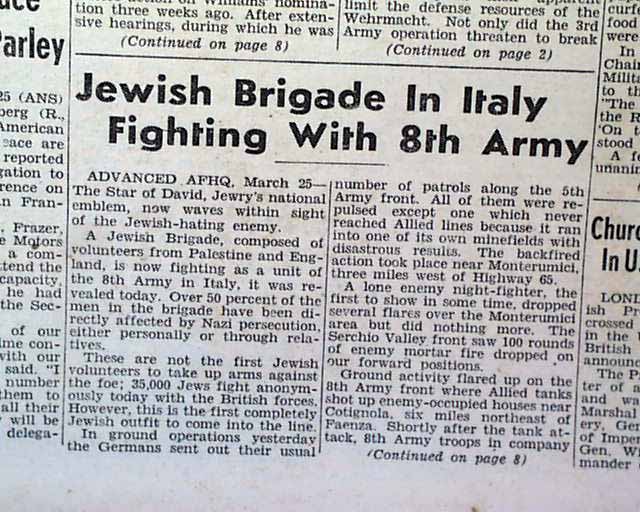 The front page has an article near the bottom: "Jewish Brigade In Italy Fighting With 8th Army" which carries over to the back page. The two line banner head at the top is: "3rd Sweeps 35 Miles Beyond Rhine; Monty's Armies Expand Bridgehead".
This famous military newspaper has additional World War II reports with much on the closing days of the European War and the end of Nazi Germany.