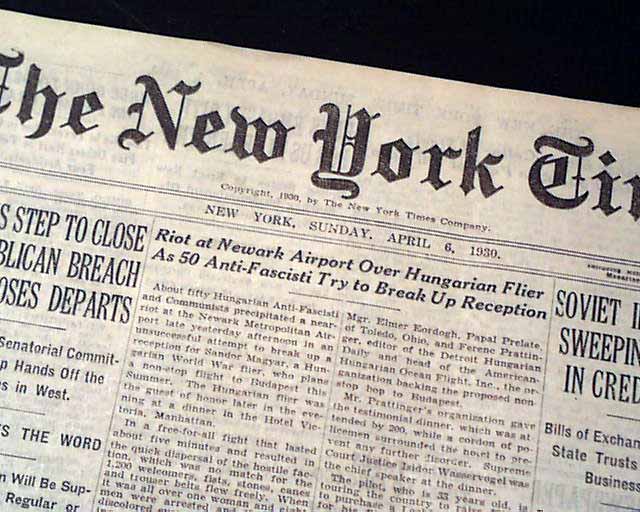 This 50+ page newspaper has one column headlines on the front page that include: "GANDHI MAKES SALT, DEFYING INDIA'S LAW" "Situation is Tense as Police Gather and Thousands Await Government Action" "RAIL MEN JOIN CAMPAIGN" and more.