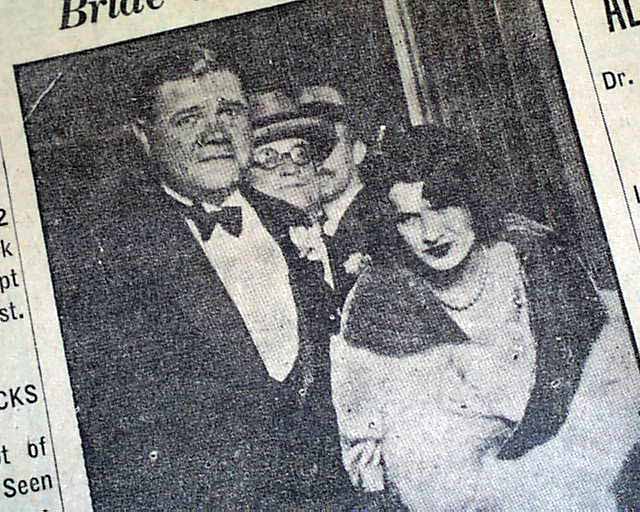 
THE KNICKERBOCKER PRESS, Albany, New York, April 17, 1929 This 24 page newspaper has two column headlines on the front page that include: "Widow to Become Ruth's Bride at Church Today" and more. (see) Tells of the day Babe Ruth married Claire Hodgson.

Also one column headlines on page 14 that include: "INDIANS DEFEAT TIGERS, 5 TO 4, IN ELEVEN INNINGS" and more with box scores. (see)

Though not mentioned, this was the game that Earl Averill hit a home run in his very 1st MLB at bat. He was the first player to achieve this in American League history.