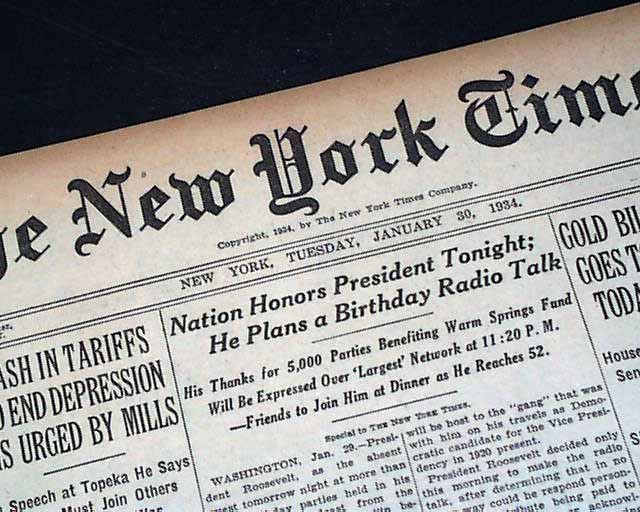 This 40 page newspaper has one column headlines on page 4 that include: "DILLINGER IN PLANE ON WAY TO INDIANA" "Outlaw Chief Fights, Kicks and Screams as Officers Shackle Him for Trip" and more. See photos for text.