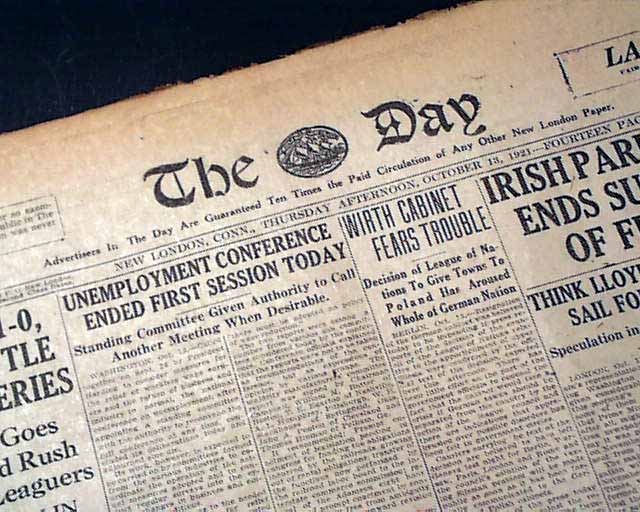 This 14 page newspaper has two column headlines on the front page that include: "GIANTS AHEAD, 1-0, IN EIGHTH BATTLE OF WORLD'S SERIES" "Waite Hoyt Again Goes In to Halt Onward Rush of National Leaguers" and more.

Tells of the final game of the World Series while still being played. At the time of publication, the Giants were 1 inning away from winning the title. The game would end up 1-0 Giants.