Home > Back to Search Results > Rare to see "slave" used in a runaway ad...
Click image to enlarge 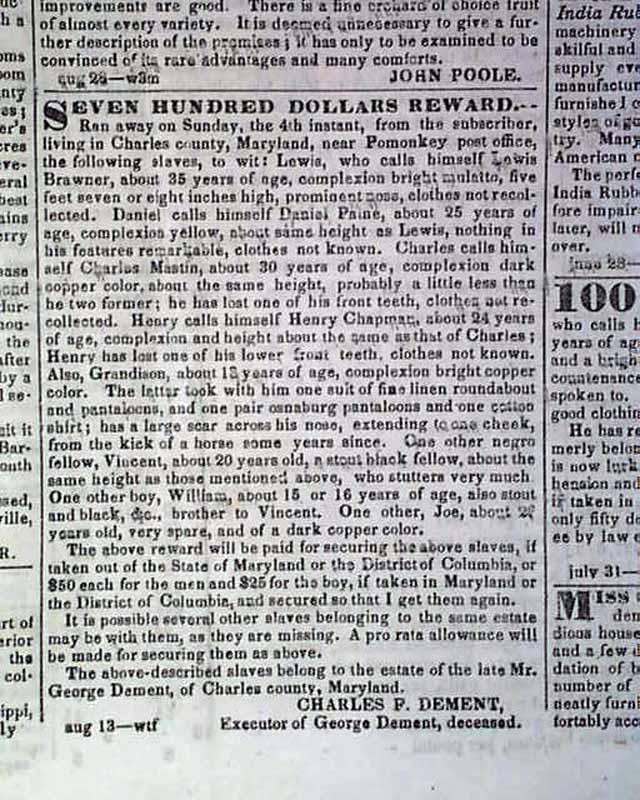 The ftpg. has a detailed notice offering a "Seven Hundred Dollars Reward" for "...the following slaves, to wit: Lewis, who calls himself Lewis Brawner....Daniel calls himself Daniel Paine....Charles calls himself Charles Mastin....Henry calls himself Henry Chapman....Also Gradison....One other negro fellow, Vincent ....One other boy, William....One other, Joe..." It is very rare to see the word "slave" used in a runaway ad, and great to have on the ftpg. of Washington paper.

There are two rather large print creases on page 2 which do not affect the mentioned content. (see photos) Also, there is some lite foxing on the back page. This issue is complete in 4 pages and is in good condition.