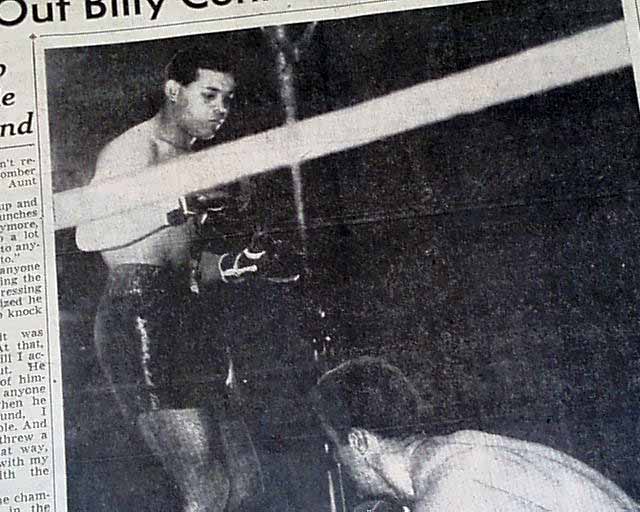 This 28 page newspaper has a banner headline on page 13: "Joe Louis Knocks Out Billy Conn in 13th Heat of Scheduled 15-Round Slugfest" with subheads and nice action photo. (see) Also round by round reporting.

Other news of the day. Light browning with little margin wear, otherwise in good condition.

wikipedia notes: His fight with world light heavyweight champion Billy Conn. Conn, smaller than Louis, said that he planned to "hit and run," prompting Louis's famous response, "He can run, but he can't hide."[3] After 12 rounds, Conn was ahead on points, only to be knocked out by Louis in the 13th round. 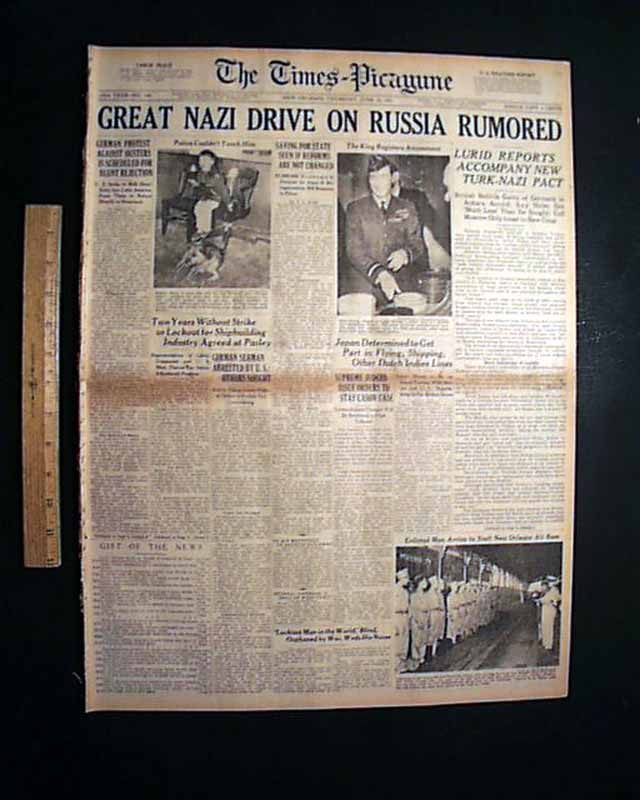 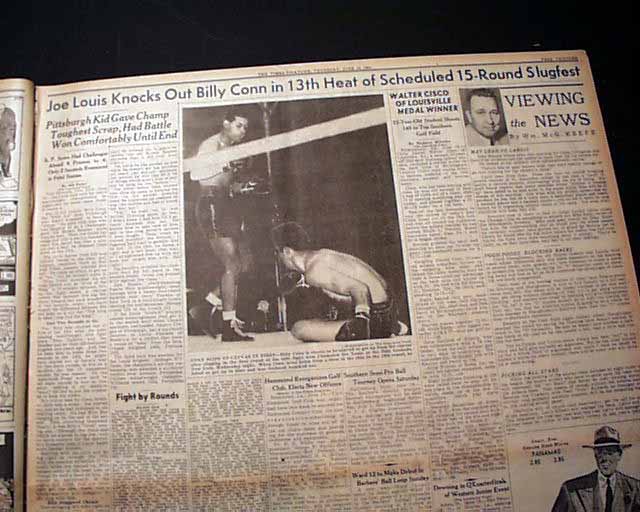 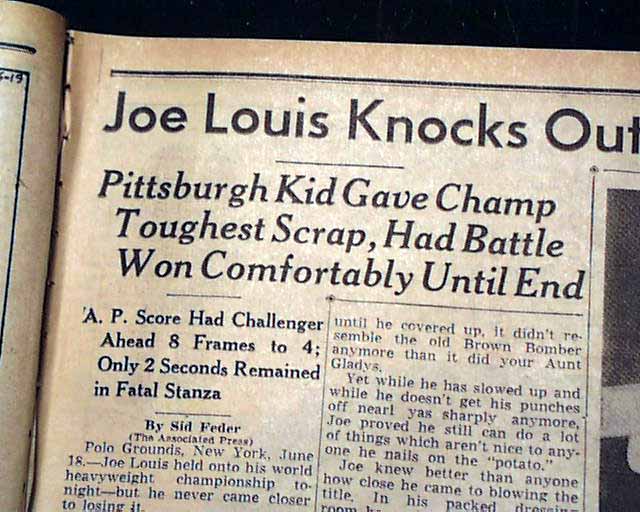 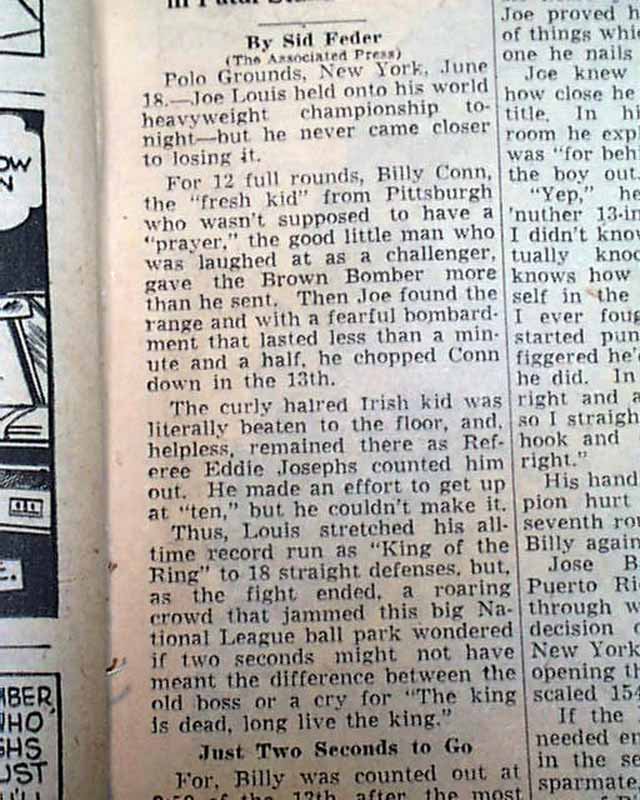 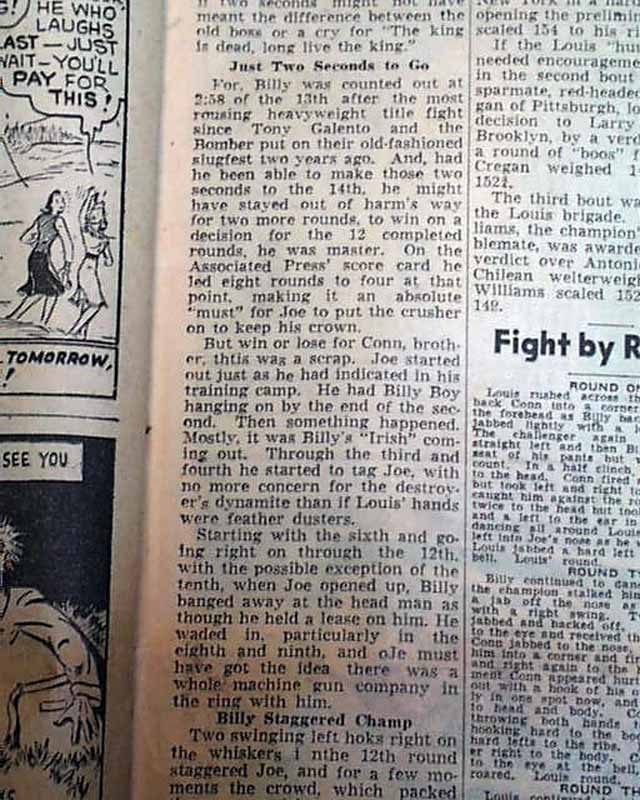 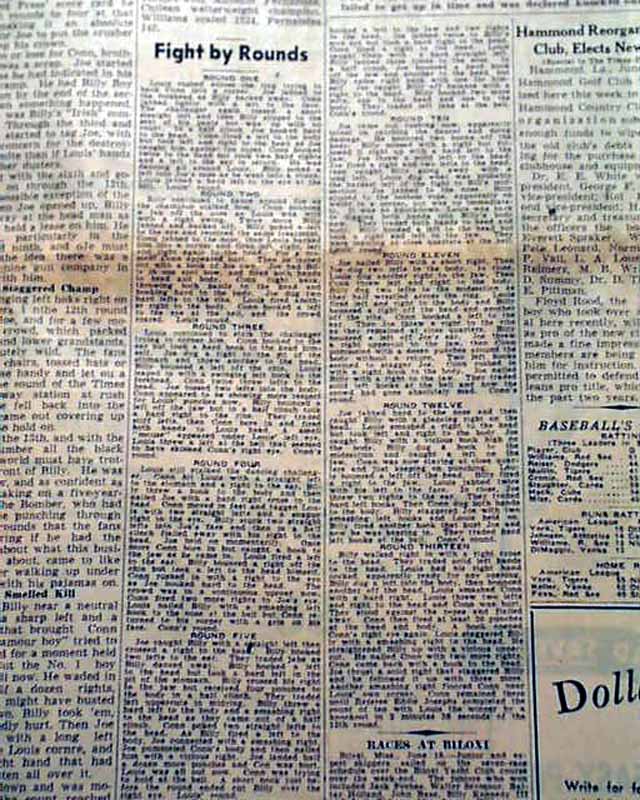 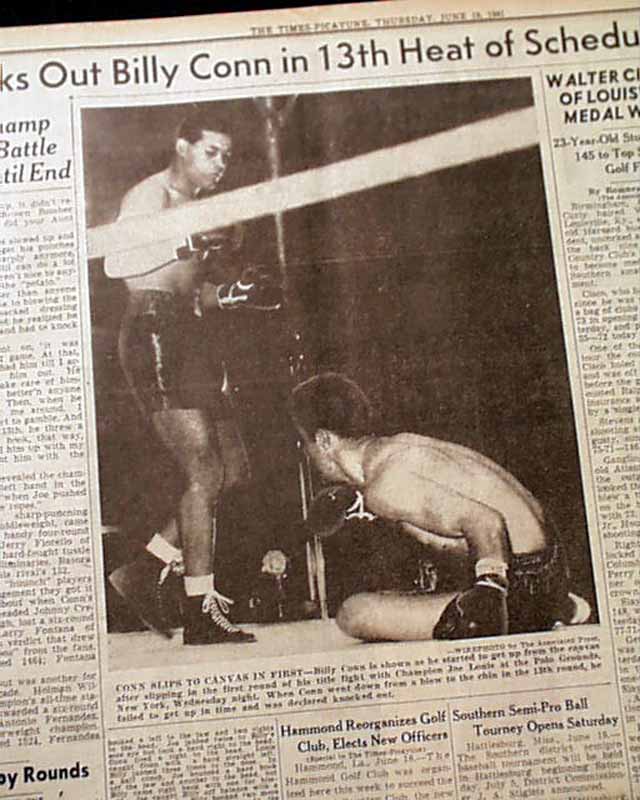