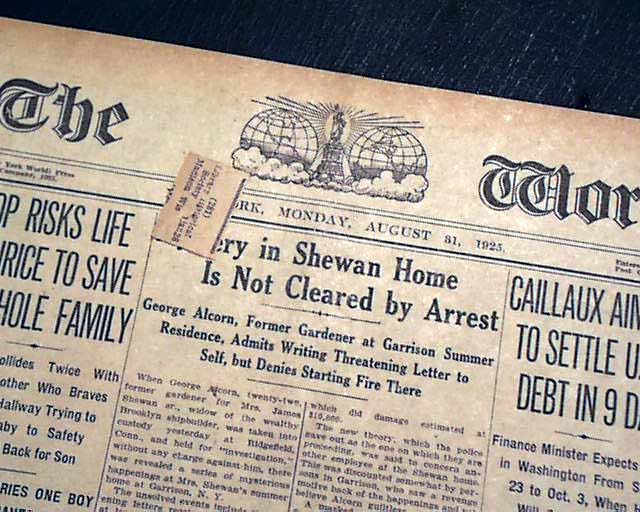 This 24 page newspaper has a two column headline on page 7: "Ruth Accuses Huggins Of Making Him 'Goat'" with subhead: "Babe Says Manager IS Trying to Shift Blame on Him for Season's Debacle" and smaller subheads (see images).

This tells of Babe Ruth's suspension due to being late for batting practice after a night on the town. Was he hungover ? Great to have in this NYC title.

Other news, sports and advertisements of the day. Light browning with minor margin, otherwise in good condition. Should be handled with care.