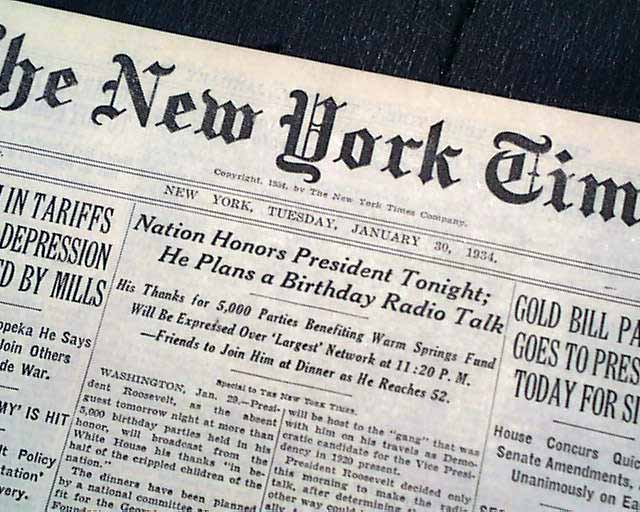 This 40 page newspaper has one column headlines on page 4 that include: "DILLINGER PLAN ON WAY TO INDIANA" "Outlaw Chief Fights, Kicks and Screams as Officers Shackle Him for Trip" and more. See photos for text.

Tells of Dillinger's recent capture in Tuscon, Arizona and Indiana officials wanting him to stand trial in their state. He would make his infamous escape from Crown Point Jail in Indiana a few weeks latter.