Home > Back to Search Results > Captain Jack and Cochise...
Click image to enlarge 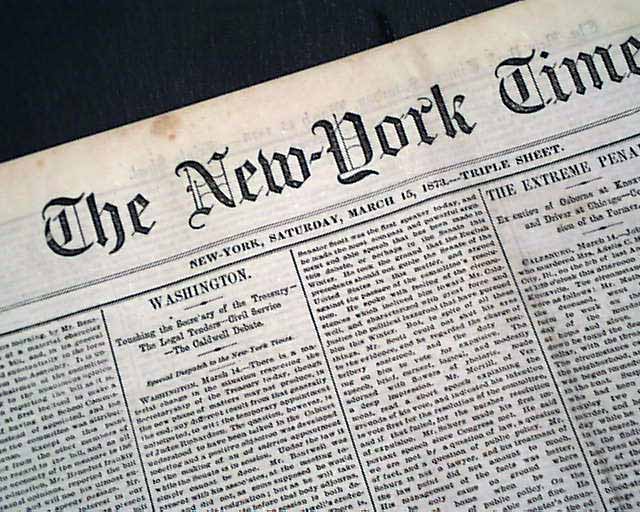 On the front page under The Hostile Indians is a one paragraph report: Capt. Jacks Band Still at Large--Cochise. Says in part that Capt. Jack ...has made efforts to procure a coalition with other tribes, and there is danger of success... And word that: Cochise opposes the founding of a military post at Mount Graham as being too near his reservation.

Other news of the day. 8 pages in good condition.