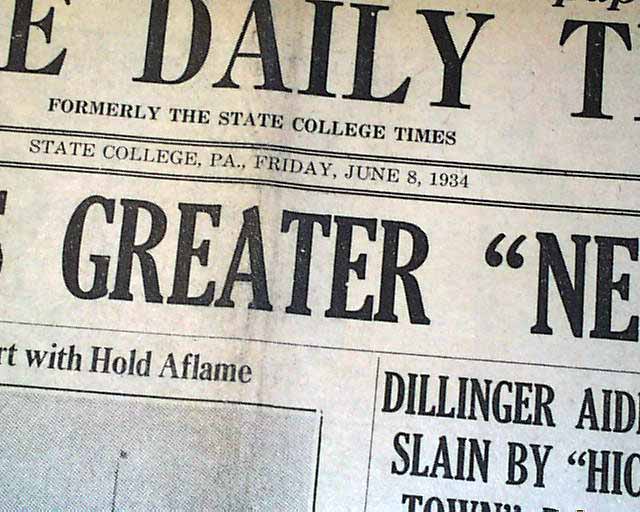 
CENTRE DAILY TIMES, State College, Pennsylvania, June 8, 1934 This 6 page newspaper has one column headlines on the front page that include: "DILLINGER AIDE SLAIN BY 'HICK TOWN' POLICE" "Police Look For Clue To Dillinger's Fate" and more. Tells of the ongoing hunt for Dillinger last seen during the famous gun battle at Little Bohemia Lodge in Wisconsin.

But what I think is a rarity is a two column illustration on page 5 of Joe DiMaggio while playing for the San Francisco Seals. He would not make his MLB debut for another two years. (see)