Home > Back to Search Results > Coincidentally (?) announced on "All Saint's Day"... Beginning of the New Orleans Saints...
Click image to enlarge 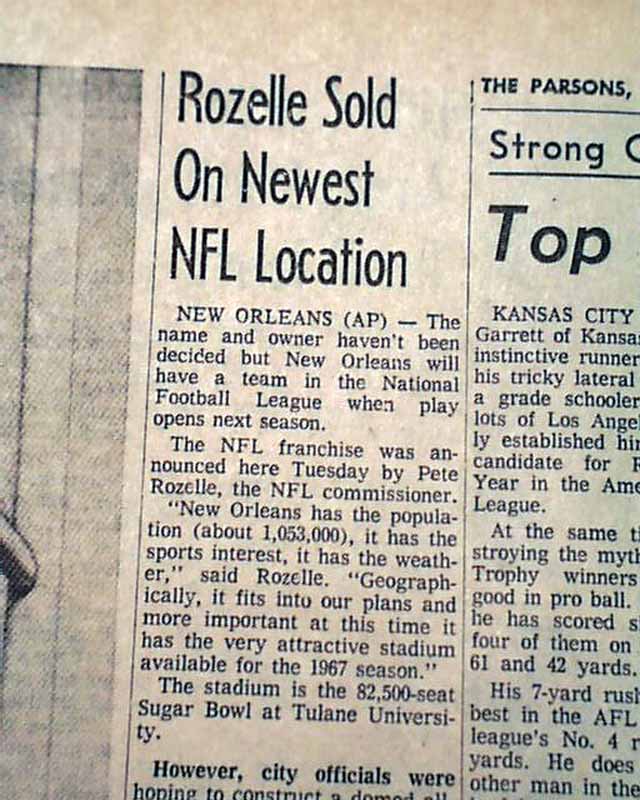 Beginning of the New Orleans Saints...


THE PARSONS SUN, Kansas KS November 2, 1966  This 28 page newspaper has a one column headline on page 12:  Rozelle Sold On Newest NFL Location - coincidentally (?) announced on "All Saint's Day".  A historic 1st report on the New Orleans Saints officially joining the NFL. Great chance to have the report that started it all for this team that recently became the 2010 super bowl champions.

Other news of the day throughout. A few small binding holes along the spine, otherwise in good condition.