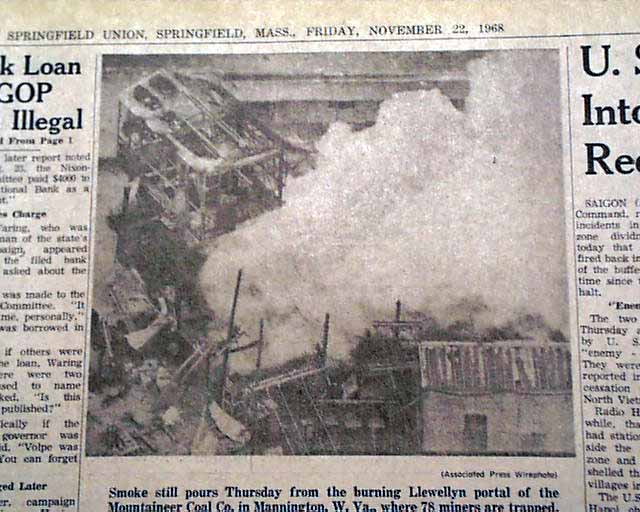 This 56 page newspaper has a three column headline on page 2: "New Explosion Rips Mine; Hope Fades for 78 Men" with related photo. (see)

wikipedia notes: The Farmington Mine disaster was an explosion that happened at approximately 5:30 a.m. on November 20, 1968, at the Consol No. 9 coal mine north of Farmington and Mannington, West Virginia, USA.

The explosion was large enough to be felt in Fairmont, almost twelve miles away. At the time, 99 miners were inside. Over the course of the next few hours, 21 miners were able to escape the mine, but 78 were still trapped. All who were unable to escape perished; the bodies of nineteen of the dead were never recovered. The cause of the explosion was never determined, but the accident served as the catalyst for several new laws that were passed to protect miners. 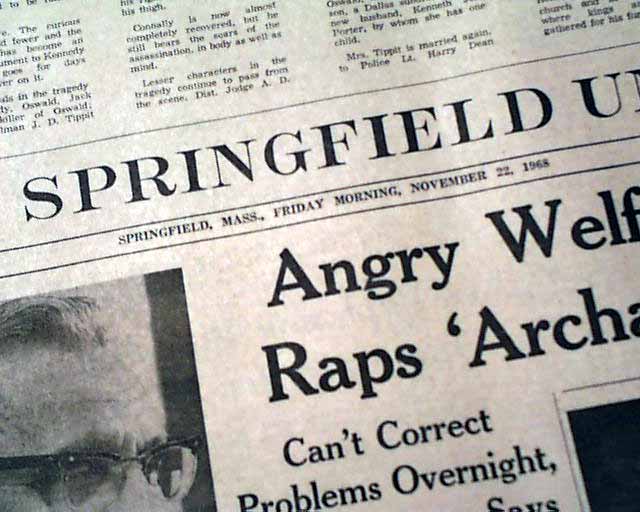 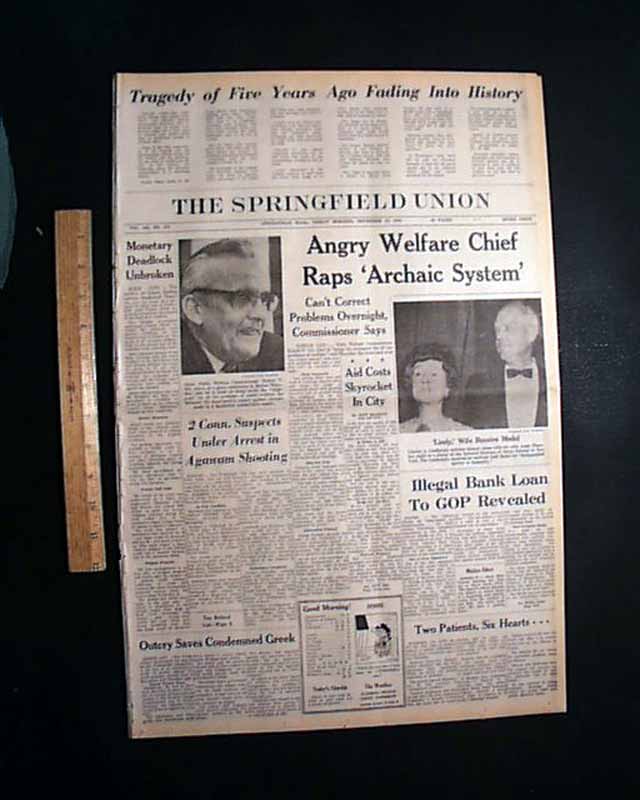 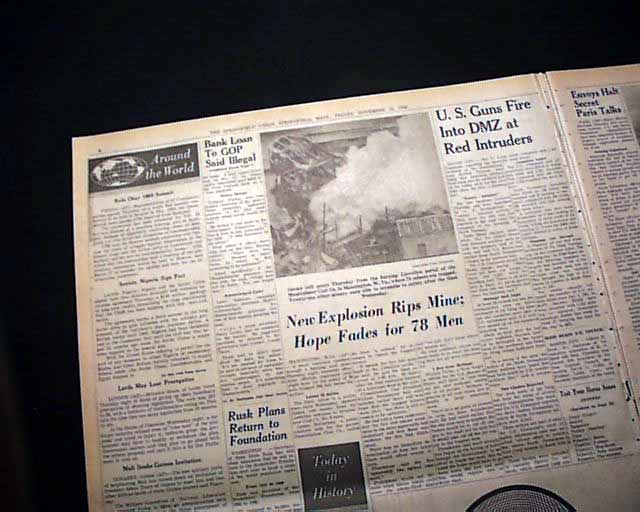 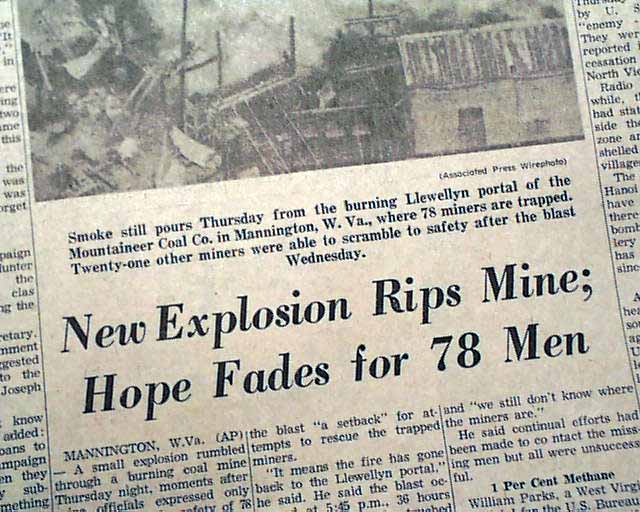 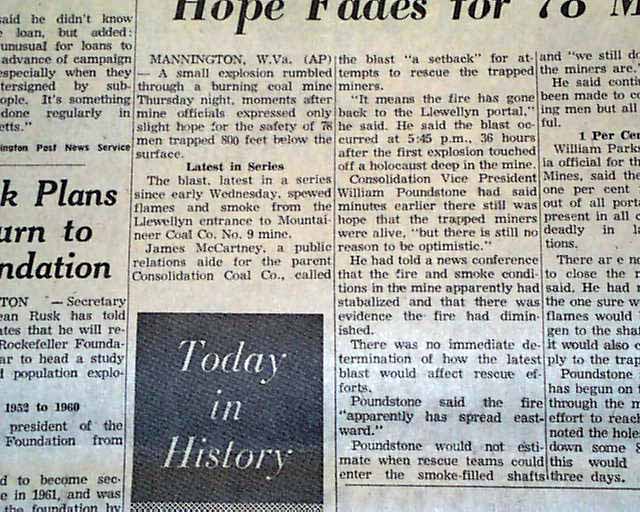 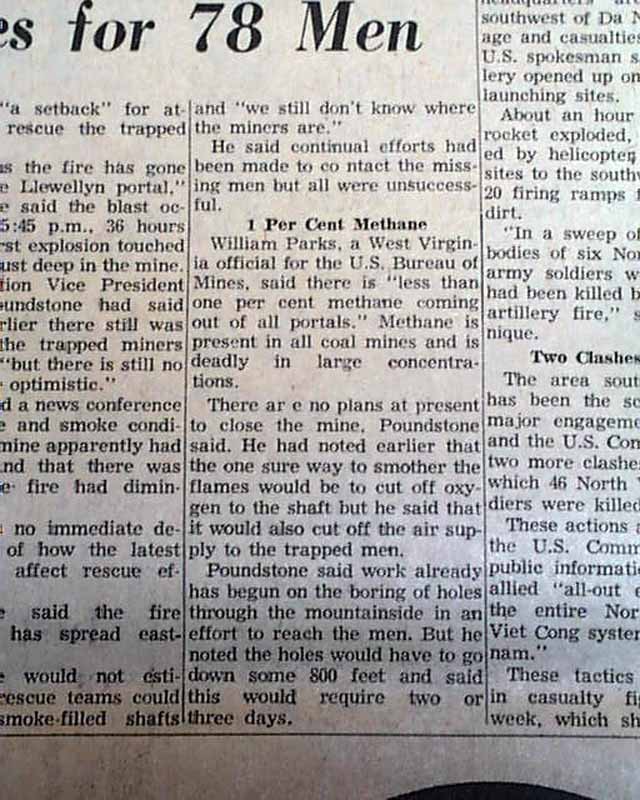