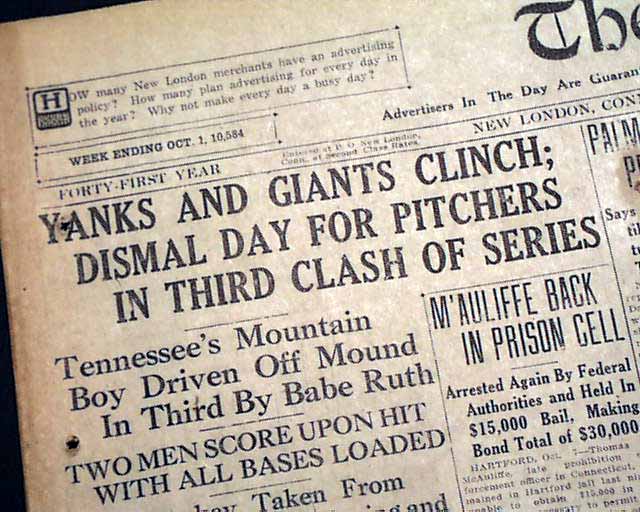 This 16 page newspaper has a three column headline on the front page: "YANKS AND GIANTS CLINCH; DISMAL DAY FOR PITCHERS IN THIRD CLASH OF SERIES" with subheads and related photos. Plus up to the fifth inning coverage on same day as the game was being played.