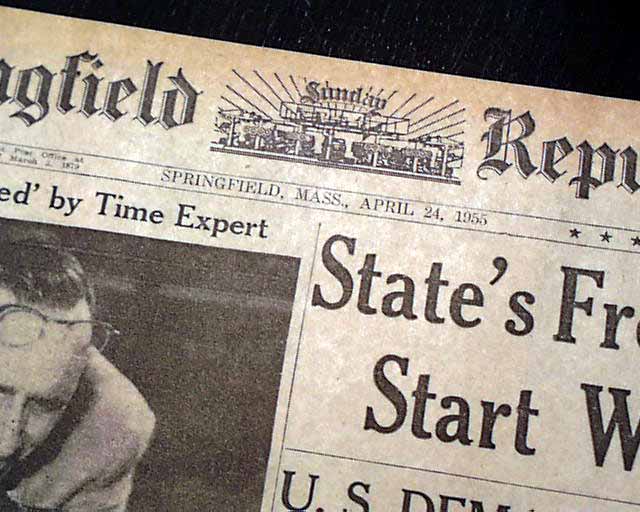 
SPRINGFIELD REPUBLICAN, Springfield, Massachusetts, April 24, 1955  This 50+ page newspaper has a banner headline on page 3 of the sport's section (inside): "WHITE SOX SCORE 29 RUNS AGAINST A'S TO TIE MODERN BIG LEAGUE RECORD" with subheads and box scores. Tells of the modern baseball record for most runs scored in a single game by one team. This record would be broken in 2007 by the Texas Rangers with 30 runs scored.

Other news of the day throughout. Light browning with little wear along the bottom margin, otherwise good.