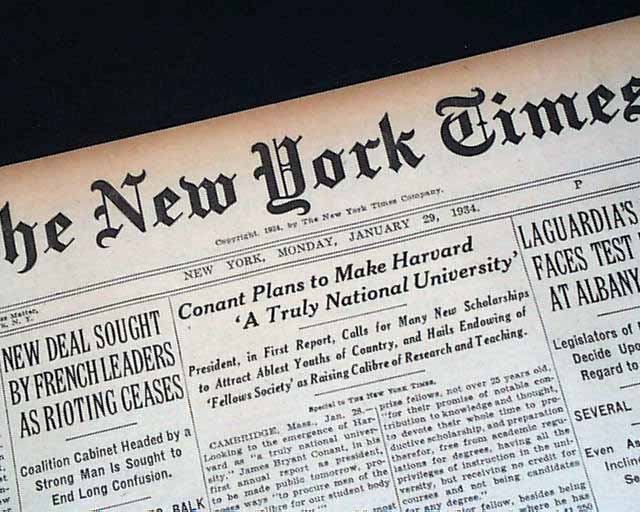 This 32 page newspaper has one column headlines on page 3 that include: "SPEED EXTRADITION OF DILLINGER GANG" "Indiana Officers Reach Tucson and Dispatch the Papers to Governor Moeur" "Pierpont Tells Police Chief He Is Sorry He Didn't Get Chance to Kill Him" and more. See photos for text.