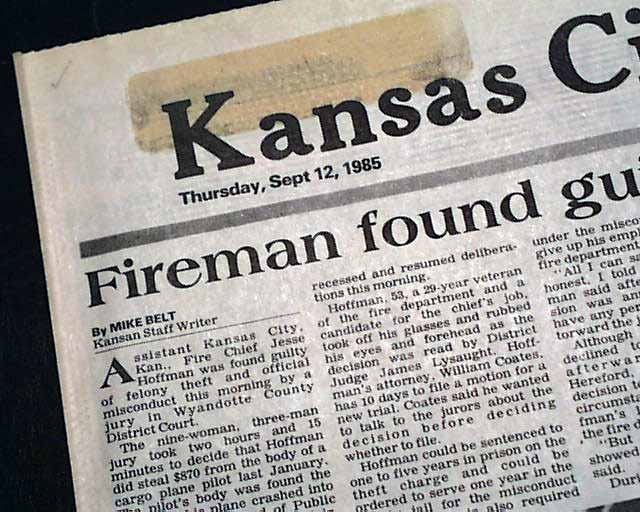 This 10 page newspaper has a banner headline on page 5: "Bye, Bye, Ty; Rose owns all-time mark" which of course tells of Pete Rose breaking the all time MLB baseball hits record that was held by Ty Cobb.

Other news of the day. Very nice condition save for a small stain in the masthead. (see)

In August 1989, three years after he retired as an active player, Rose agreed to permanent ineligibility from baseball amidst accusations that he gambled on baseball games while playing for and managing the Reds, including claims that he bet on his own team. In 2004, after years of public denial, he admitted to betting on baseball and on, but not against, the Reds. After Rose's ban was instated, the Baseball Hall of Fame formally voted to ban those on the "permanently ineligible" list from induction. Previously, those who were banned had been excluded by informal agreement among voters. The issue of Rose's possible re-instatement and election to the Hall of Fame remains a contentious one throughout baseball.