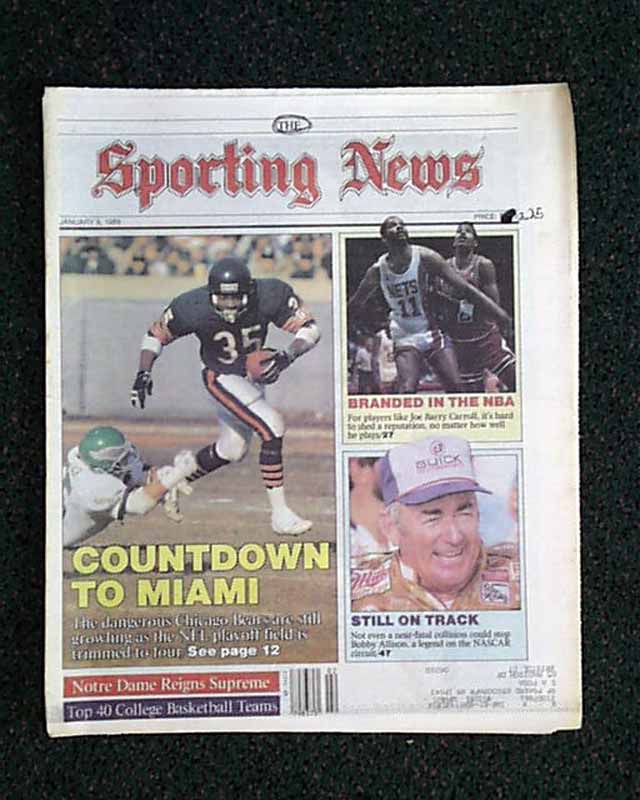 The front page photo of this issue shows "Countdown to Miami--The dangerous Chicago Bears are still growling as the NFL playoff field is trimmed to four" Some of the items within this issue include: "Branded in the NBA--For players like Joe Barry Carroll, it's hard to shed a reputation, no matter how well he plays", "Still On Track--Not even a near-fatal collision could stop Bobby Allison, a legend on the NASCAR circuit" and more.