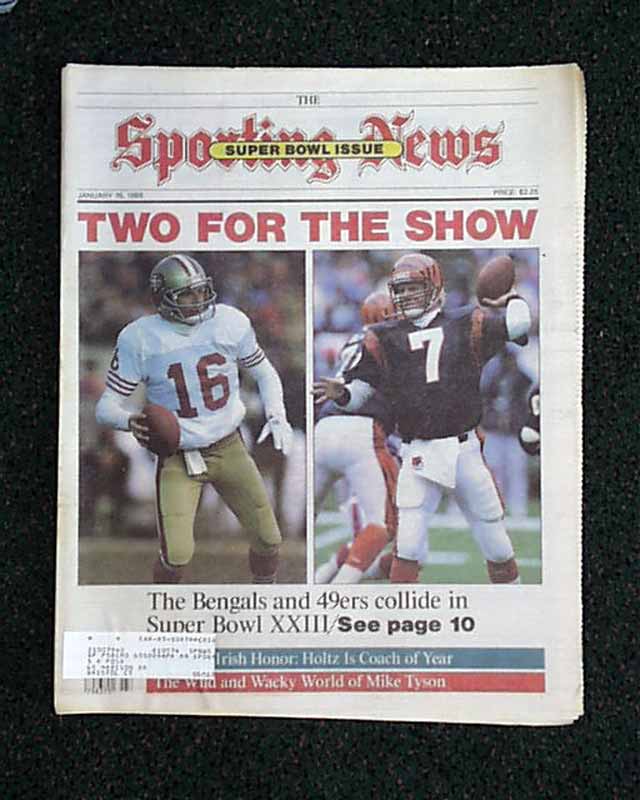 The front page photo of this issue shows "Two For the Show--The Bengals and 49ers collide in Super Bowl XXIII" Some of the items within this issue include: "The Wild and Wacky World of Mike Tyson" and more.