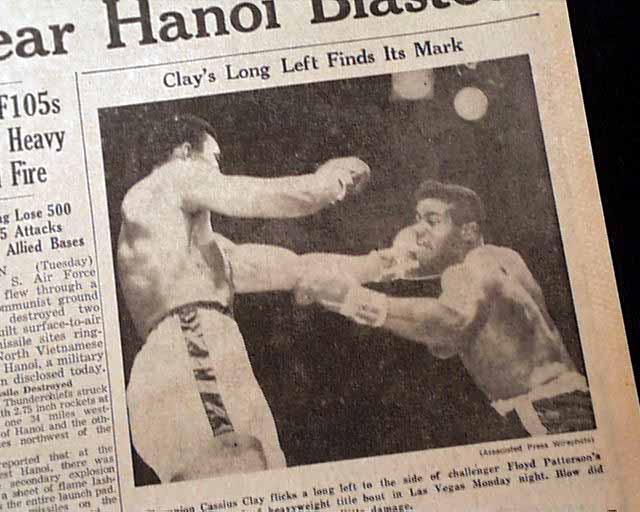 This 44 page newspaper has a three column headline on the front page: "Clay Wins on TKO in 12th" with subheads and action photo. (see)

wikipedia notes: On November 22, 1965, Ali fought Floyd Patterson in his second title defense. Patterson lost by technical knockout at the end of the 12th round. As would later occur with Ernie Terrell, many sportswriters accused Ali of "carrying" Patterson so that he could physically punish him without knocking him out. Ali countered that Patterson, who said his punching prowess was limited when he strained his sacroiliac, was not as easy to down as may have appeared. 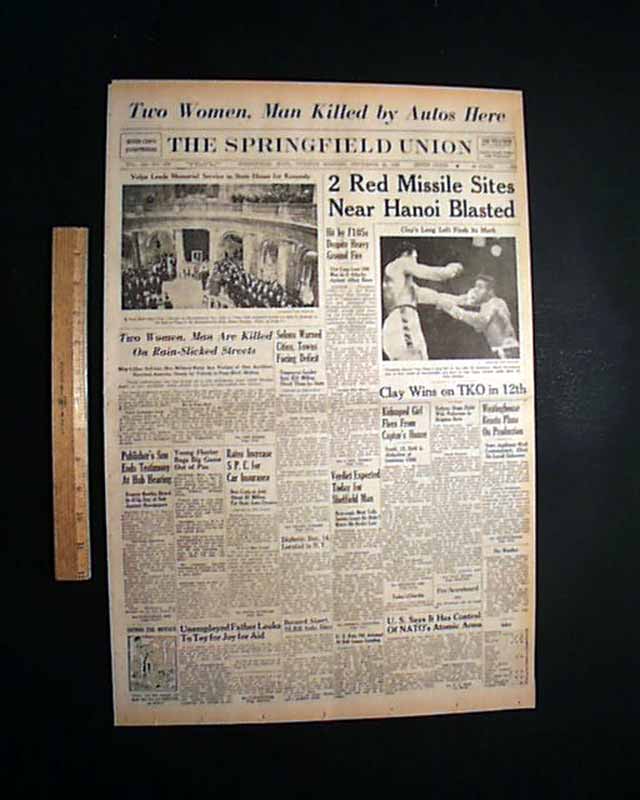 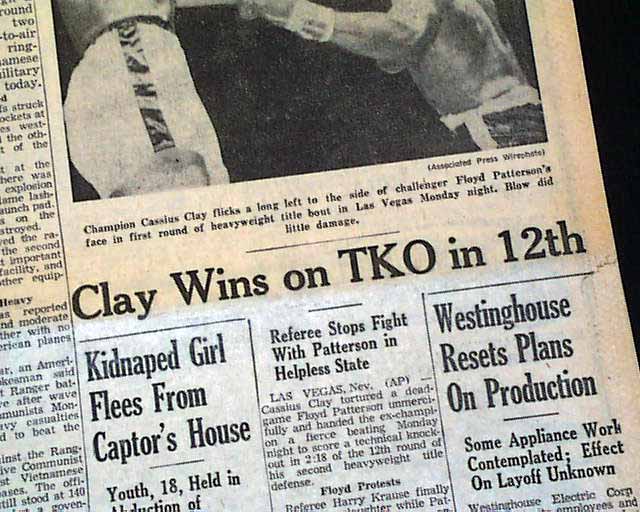 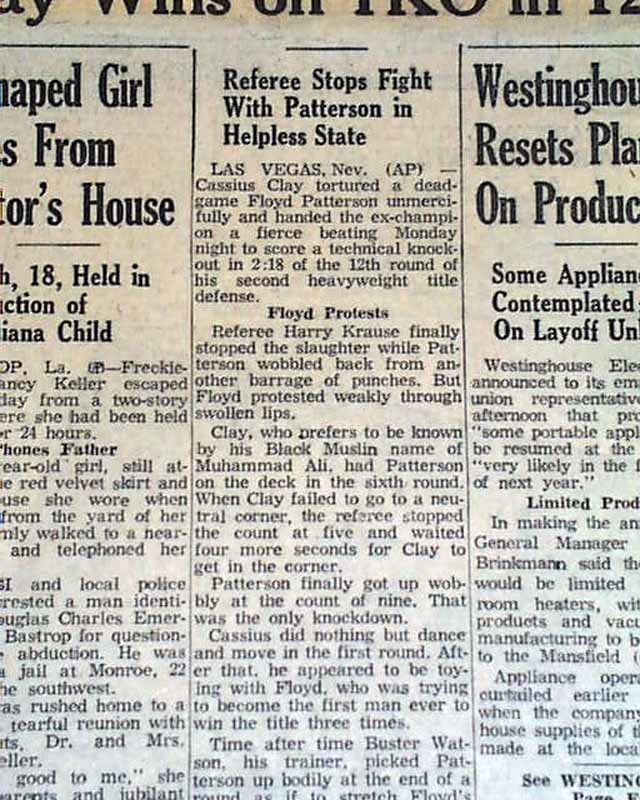 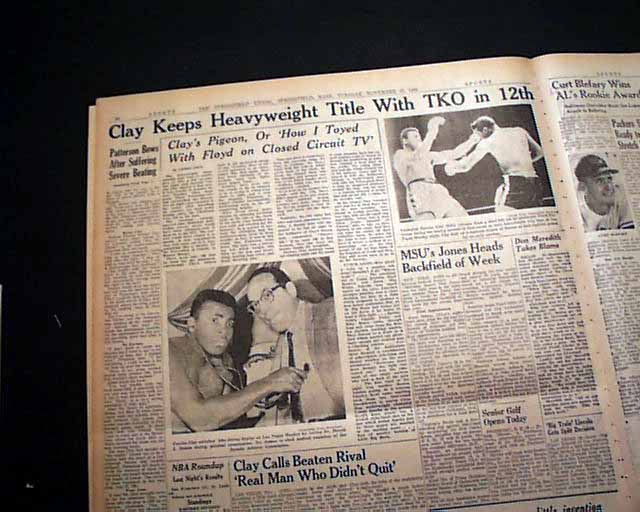 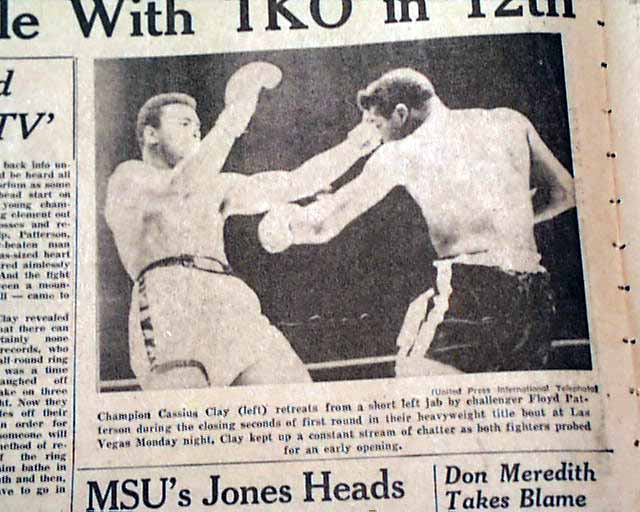 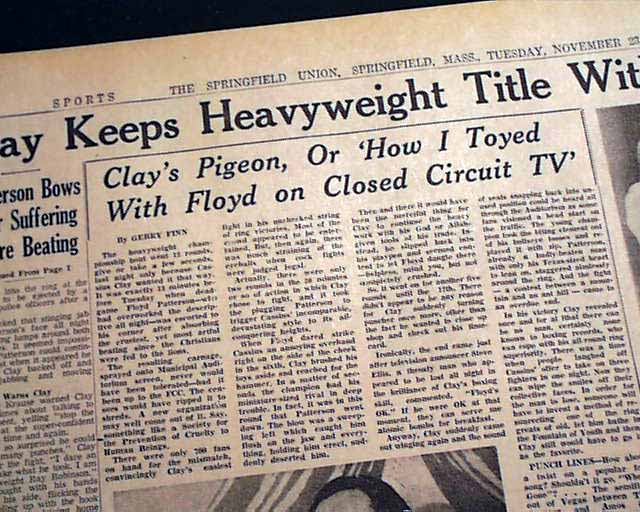 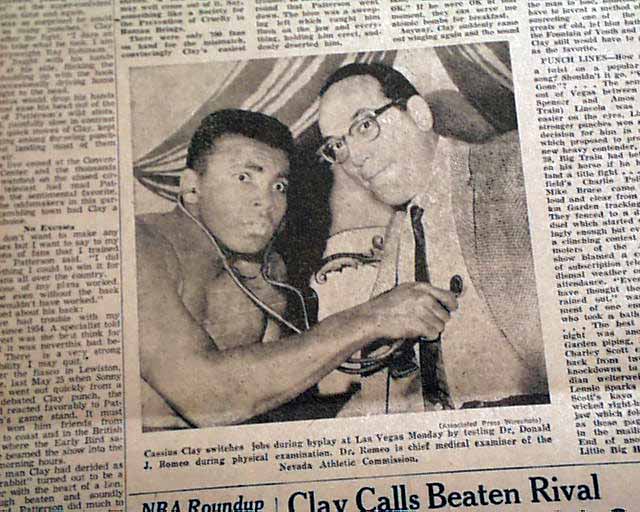 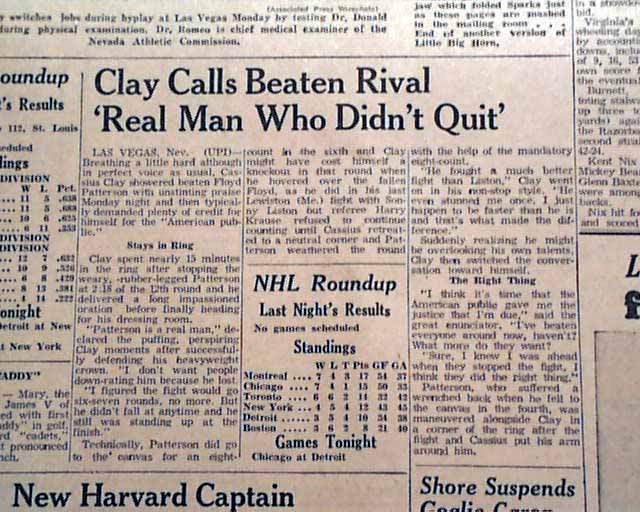