Home > Back to Search Results > Green Bay Packers in 1940....
Click image to enlarge 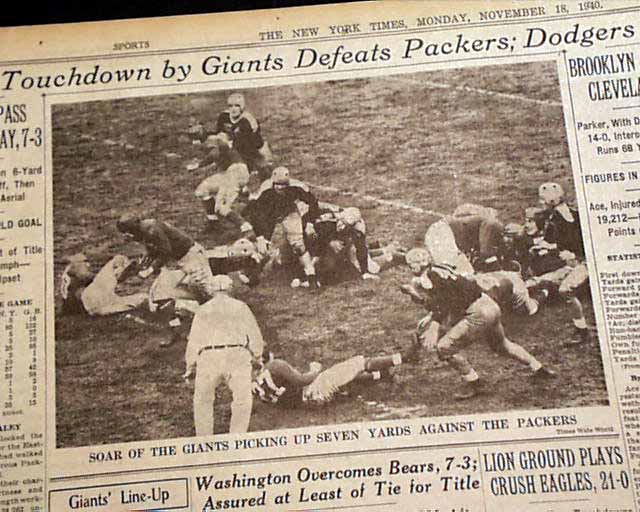 This 38 page newspaper has a five column headline on page 24: "Early Touchdown by Giants Defeats Packers" with subheads, photo and stats. (see photos)

Though not mentioned in the reporting of this game, this was the very first time a professional football team traveled by airplane to play in an away game. Thus the Green Bay Packers were the first NFL team to travel in this manner.