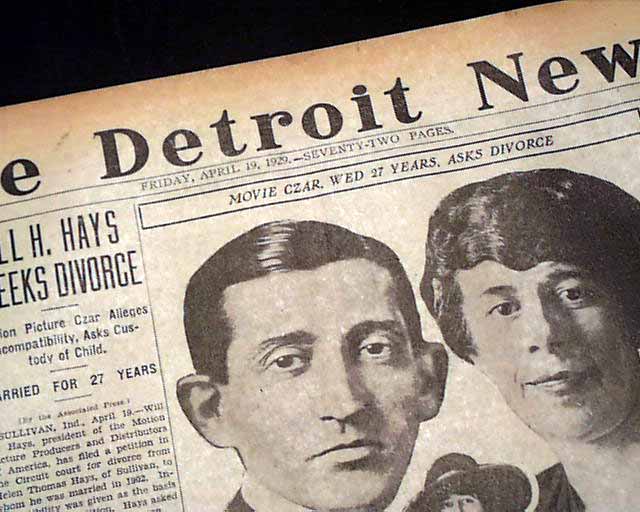 This 72 page newspaper has two column column headlines on the front page of the sport's section (page 37):

Tells of the Yankees opening day at Yankee Stadium for the year 1929 in which Ruth hit a home run in his 1st at bat.