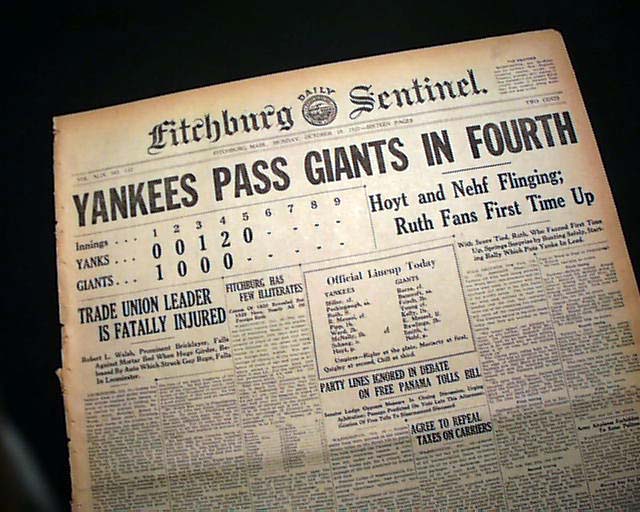 This 16 page newspaper has a nice banner headline on the front page: "YANKEES PASS GIANTS IN FOURTH".

Rare to see such a nice front page headline like this especially as the gamer was in progress at time of publication.