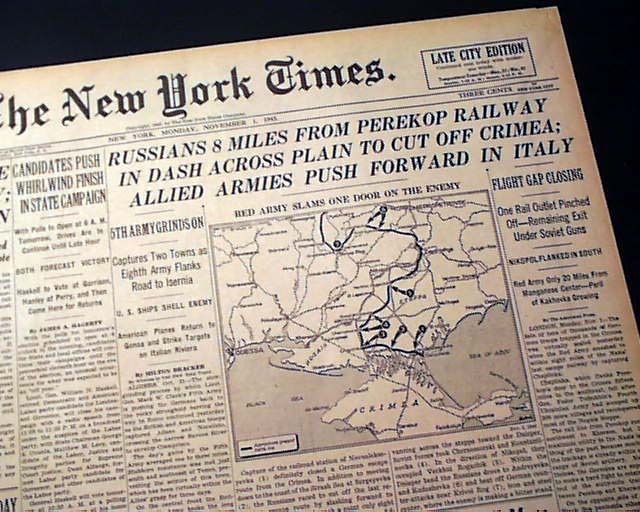 This 36 page newspaper has one column headlines on page 21: "BAUGH PASSES SINK BROOKLYN, 48 TO 10", "Redskins' Star Hurls Six for Touchdowns, New Record..." with smaller subheads, lineup and stats of the game. (see photos)

Tells of Washington Redskins quarterback Sammy Baugh throwing 6 TD passes in one game. Nice to have in this famous NYC title.

wikipedia notes: Samuel Adrian Baugh (March 17, 1914 – December 17, 2008) was an American football player and coach. He played college football for the Horned Frogs at Texas Christian University, where he was a two-time All-American. He then played in the National Football League for the Washington Redskins from 1937 to 1952. He was inducted into the Pro Football Hall of Fame in the 17-member charter class of 1963. He was known as "Slingin' Sammy".