Home > Back to Search Results > Reds and Blue Jays picked as the favorites for World Series by TSN...
Click image to enlarge 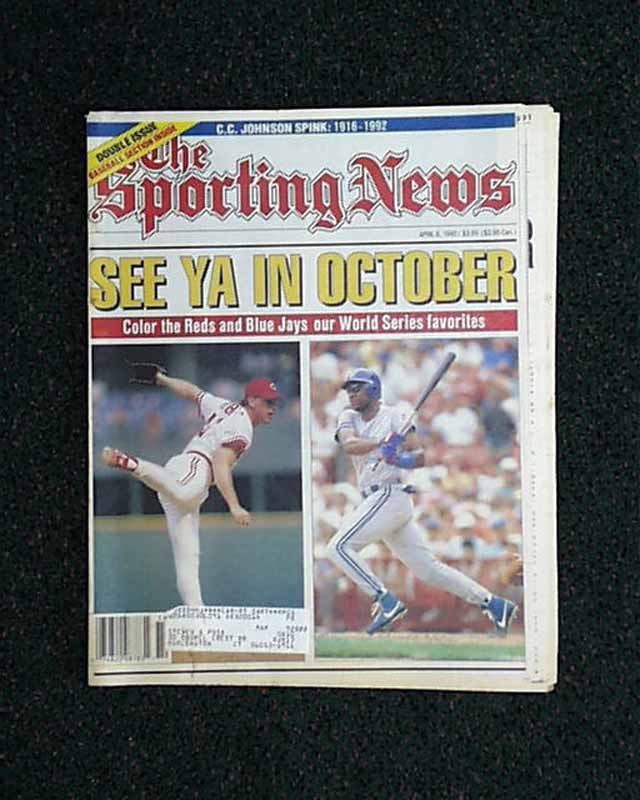 Reds and Blue Jays picked as the favorites for World Series by TSN...

The front page photo of this issue shows "See Ya In October--Color the Reds and Blue Jays our World Series favorites".  Some of the items within this issue include: "C.C. Johnson Spink: 1916-1992"; "The Final Four" and much more.